8 months??? Already?! I feel like I just wrote up his 7 month update last week. 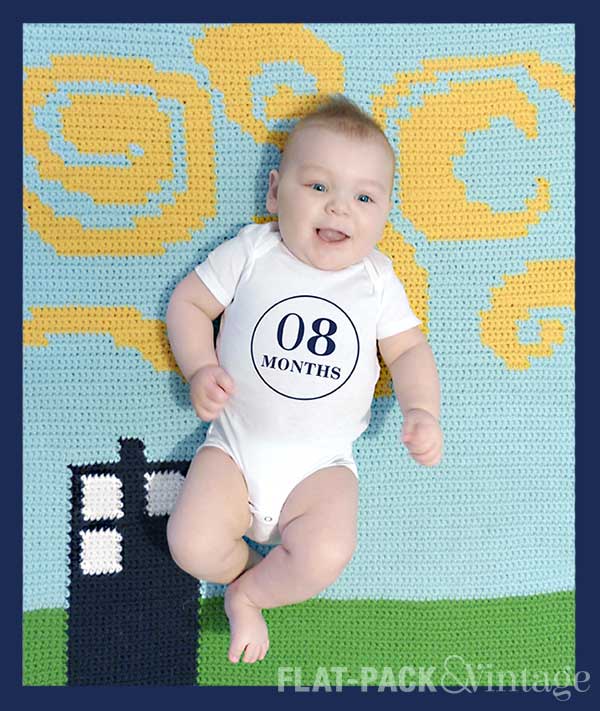 He’s still quite the little chunker and has passed the 20lb mark–22lbs 10oz! We just had to retire pretty much all of his 9 month clothes because they were getting too snug.  Some of his 12 month clothes ride up over his giant belly already too.

Still no teeth, but the drool is pouring out of this boy! I’ve had to start keeping drool bibs on him so he doesn’t soak through his shirt. No locomotion yet either. I’m not concerned about his disinterest in crawling from a developmental standpoint, but I am anxious to see him moving just because I think it will be fun. I’ve been told to enjoy his immobile phase while it last though.

Even if crawling hasn’t really made his radar, Wesley is showing more and more interest in food. Baby Led Weaning didn’t work out as we planned so he’s still mostly on purees. We do keep offering soft/disolvable foods so he can work on mashing them himself, but he hasn’t quite mastered that yet.

Wesley does really seem to prefer food blends over a single pureed fruit/veg puree. I started picking up pouches by Happy Baby to use as taste tests.  If Wesley seems to enjoy the combo then I’ll work on making my own version at home since relying on the pouches can get pretty pricey and making your own baby food is really easy.

Tips for making your own baby food:

And a couple of recipes that have been a hit:

Peel your beet, then wrap in tin foil (with a drizzle of olive oil). Roast until tender.

Peel and chop your apples. Cook on the stove until soft (think applesauce).

Puree beets and apples in a food process.  Add a small amount of water if you’d like a thinner consistency.

Oh, and a word of warning if you feed your kid beets. That red color? It goes right through them. So if your baby has purple poop the next day, don’t panic.

Toss the carrots with a drizzle of olive oil and roast until tender.

Puree the carrots and strawberries in a food processor, adding water to achieve your desired consistency (I probably added about 1/4 cup).

Apples and Sweet Potatoes (haven’t made this one yet, but trying it tonight!)

Peel your sweet potato, then wrap in tin foil (with a drizzle of olive oil). Roast until tender.

Peel and chop your apples. Cook on the stove until soft (think applesauce).

Puree sweet potatoes and apples in a food process.  Add a small amount of water if you’d like a thinner consistency. Blend in a sprinkle of cinnamon if desired.

If you take the time to measure out how much applesauce 1 apple makes you can use store-bought (unsweetened) applesauce in its place. Or you can make a big batch of applesauce and divide it out between a couple recipes at once.

I also tried making him British-style mushy peas, but that one kind of flopped. I blamed it on my use of frozen peas so I’ll have to try it again the proper way…maybe with a little mint.

*As always though, check with your pediatrician if you’re unsure about what is appropriate to introduce when.