Despite the fact that I’m not living in an apartment anymore, I’ve joined Apartment Therapy’s January Cure. It just seemed like a good way to kick start the year, it will also replace the current Weekend Reports for the month since I’ll just do a weekly wrap-up instead of a daily post.

There is nothing like the start of a new year to kick yourself into gear and make changes that last. And no, I’m not talking about resolutions, which have a sneaky way of fading along with the holiday glow. I’m talking about taking just one month and investing some effort (21 do-able assignments in total throughout January) toward a cleaner, more organized and more peaceful home. If you are ready to get your place back in shape (and reap the rewards for the whole rest of 2016) the very best way is one manageable step at a time, during our once-a-year-only January Cure. By the end of the month, you’ll be have a cleaner, fresher, more organized home, guaranteed!

Sounds pretty good, right?  At least until you start to take naps… which is exactly what I did on Day 1.  Luckily, Friday assignments are pretty much weekend assignments so I had 3 whole days to tackle Assignment #1: Flowers and Floors.  Except I actually spent those 3 days taking more naps and binge-watching Doctor Who so I’m starting now.  Yeah, don’t follow my example for sticking to a schedule.  Ever.

I dropped Matt off at the bar to watch the Packer game.  I realize most Minnesotans would probably refer to it as the Vikings games, but we’re from Wisconsin so tough cookies.  I tend to be slightly more productive when Matt’s out of the house, which is a little weird since it’s not like he gets in my way on anything when he’s here.  I picked up so flowers on my way home* and have already cleaned up the floor in the mudroom (which was living up to its name) and swept and mopped the kitchen and pantry.  My favorite wood cleaner is Method’s Almond Scented Wood Floor Cleaner. I also have a Rubbermaid Reveal mop, which has the ease of a Swiffer, but you can refill with your own cleaner and the pads are washable/reusable (I’m also pretty sure I didn’t pay anywhere near $50 for mine.. wtf Target?).

Unfortunately dropping Matt off at the bar interrupted my Doctor Who Binge in the middle of a two-parter** so I’ll possibly go back to slacking for this evening.  There’s a pint of Izzy’s Midnight Snack in the freezer too so apparently you shouldn’t follow my example for New Years Resolutions either…. 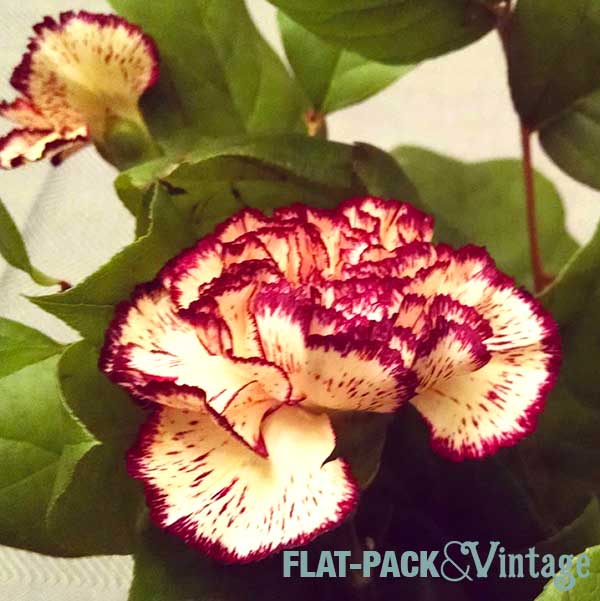 *From the most expensive damn grocery stole in the area, so I semi-cheated an picked up some carnations and a bunch of greenery since I am not paying $15 for daisies.

**With Zygons no less! And, yes, I know I’m way behind on this season.  I haven’t seen Star Wars yet either, so THERE.

One thought on “AT January Cure Week 1”