I wasn’t prolonging the suspense on purpose, I swear!  I was all on track to have this finished up last Sunday, but I work up feeling crappy (sore throat, muscle aches, no energy At All) so I managed to get 2 things (out of 7) hung in the dining room and then just sort of passed out.  Ugh. By Tuesday I hauled myself off to the doctor and got a positive Strep Throat test (wheee) and wasn’t back to 100% until the end of the week…it was rough.

But FINALLY I have the full reveal for you!

First let’s step back and look at what the dining room looked like when we bought the house. 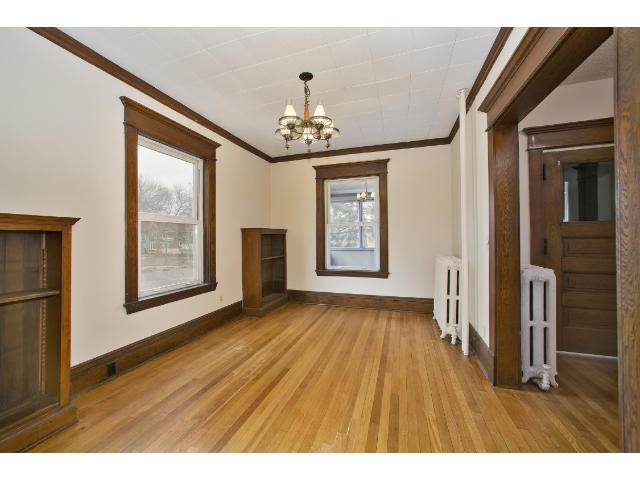 There are worse rooms out there for sure, but this one was seriously lacking in style.  The light fixture was kind of dated, the ceiling was pretty awful (and saggy in spots–thankfully this was only from the tiles pulling free of their staples, and not actually structural), and the bookcases served no useful purpose whatsoever in here. 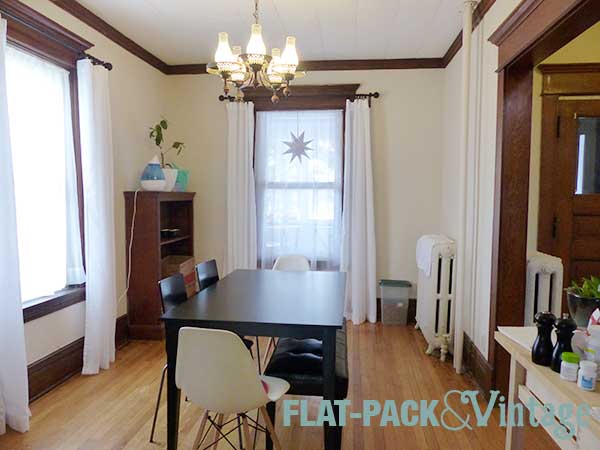 In fact, the bookcases just sort of turned into catch-alls once we moved in. 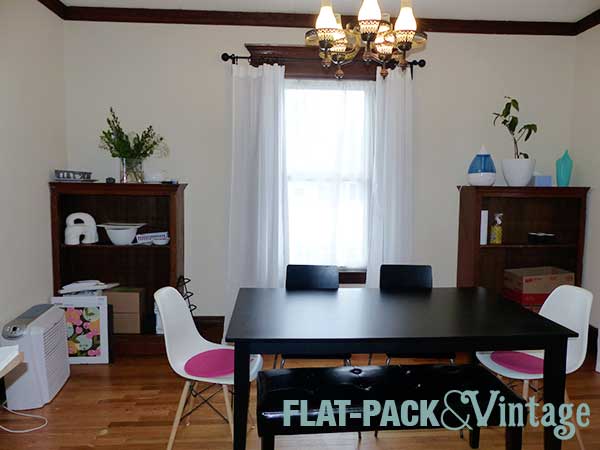 So we ripped out the bookcases, repaired the wall behind one and the floors under both, replaced the baseboards, painted everything, ripped out the old ceiling, added a tin ceiling, extended the crown molding, and added a new light fixtures.

Oof, that made me tired just typing all of it… but the end result is so completely worth it! 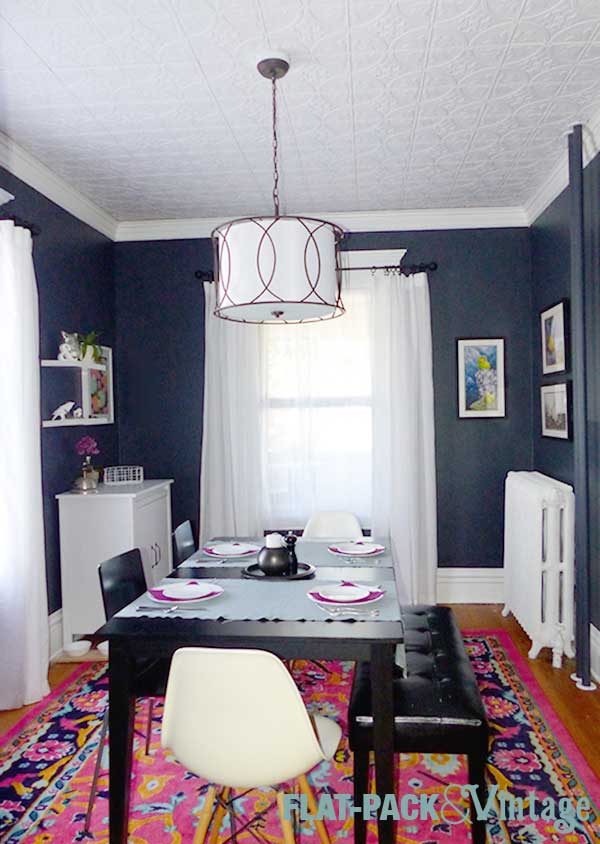 I LOVE how dramatic this turned out!  We don’t have separate formal and casual dining spaces so this is it.  I didn’t want to take it too formal since we’re not terribly formal people, but I still wanted the room to make a statement and I think I succeeded. 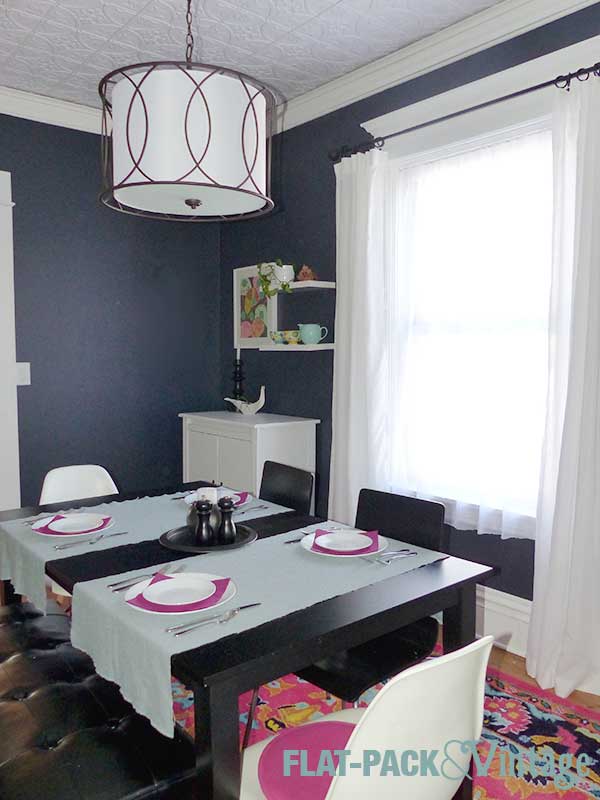 Pssst… don’t tell anyone, but those table runners totally aren’t hemmed yet.  I only recently scored some blue-gray linen at Hancock Fabrics for like 70% off so they’re only cut down to size at the moment. 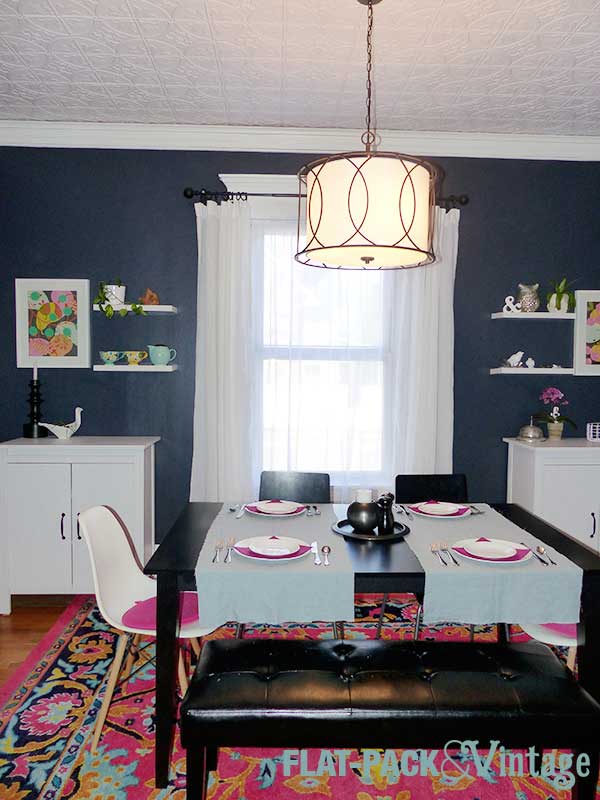 The ceiling and rug make me kind of stupid-happy.  Matt was deeply suspicious of my desire for a hot pink rug, but after he saw it in person he admitted it really pulled the room together.

We also found a spot for my Weird Fruit prints by Ursula Vernon.

And my Queen Victoria made of garbage postcard that a friend sent me.

This sideboard is pretty much our dishwashing station since we have very limited counter space in the kitchen.  It’s ok, but I hope to upgrade it at some point.  I hope to upgrade the IKEA buffets on the other side of the room too, but sometimes you just have to accept some temporary solutions while you’re on the hunt for perfection. Plus, nothing ever is really done when you’re a creative–there will always be something you decide to tweak at some point.  It’s done enough though (actually looking a like a finished room!) and we can finally have people over again!