Now that baby Elsie has finally joined us, we’re back to picking up steam on the kitchen remodel. We’ve finalized the sink and light fixture so now we’re moving on to counters and tile!

For counters, I knew I wanted something that resembled marble, but wasn’t marble.  Some people are cool with the maintenance and inevitable staining that comes with a true marble countertop, but I am not one of those people.  This meant my options were a quartz composite or solid surface (ok, there are lots of marble-patterned laminates too, but we didn’t really want to do with a laminate).

Silestone’s Et Satuario is pretty close to the look I’m going for as is MSI’s Calacatta Bontanica. We wanted to make sure we considered Cambria as well since they’re a Minnesota company, but unfortunately I wasn’t really feeling any of their options.

The way our remodeling company works if that they estimated a certain amount for the countertops in our initial quote.  Countertop prices depend on the fabricators so these were the options I sent to them for quotes and hopefully at least one of them falls within our budget!

Today we also got ourselves out of the house to make a final decision on tile. The mudroom tile was an easy choice–I knew I wanted a white, penny hex tile because it’s pretty traditional for houses of this era. Added bonus: it’s also really cheap! 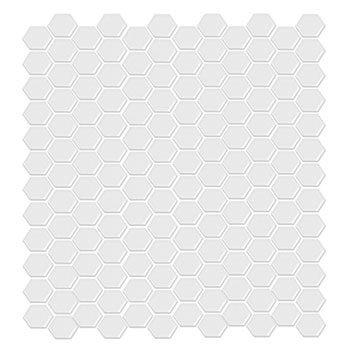 Backsplash was a bit of a dilemma. I had originally found an amazing starburst pattern at Lowes. Buuuut when we actually got to a point where I would consider ordering it it was listed as “no longer available.” I even chatted with a sales associate to see if there was any chance of it coming back in stock before January, but they didn’t have any information on it.  Googling the brand and pattern didn’t get me anywhere either. SO BUMMED! It was such a nice combination of visually interesting without being over-powering.

Unfortunately I haven’t been able to find anything with a similar feel so I had to re-think my plan. I knew I wanted a ceramic or porcelain for the same reason I don’t want a natural marble counter. Glass tiles are cool too, but just not the look I’m going for. I also wanted a solid white so it won’t compete with the counter pattern. After thinking about it for a while, I decided that an arabesque or subway tile would probably be the best fit for the house and we ended up going with a handmade-looking subway tile.  It’s a classic shape with a little bit of texture and organic-ness so I think it will work out very nicely. 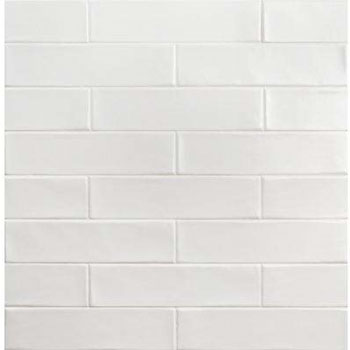