The kitchen work has officially begun!

I got a call last Thursday from our contractor asking if they could start working on the window on Friday.  While this may be rather short notice for most people, I had already told them our schedule was very flexible since Matt and I are both sitting at home with a newborn for 3 months.  I was actually thrilled to hear to they could get working on it!

So here it is, one last look at our current kitchen. (Ok, these pics are actually a little old but I didn’t have a chance to take new ones and it looks more-or-less the same, we just upgraded the appliances since then). 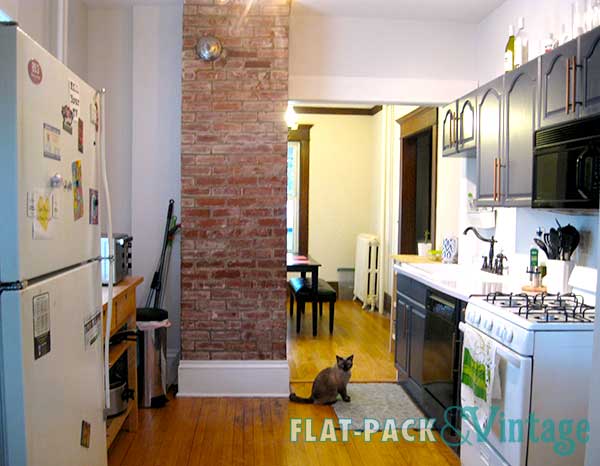 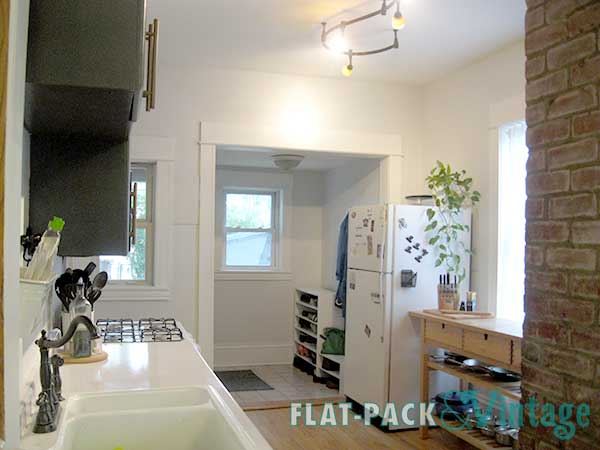 Time to say buh-bye to the old window and helloooo window that will allow for cabinetry! 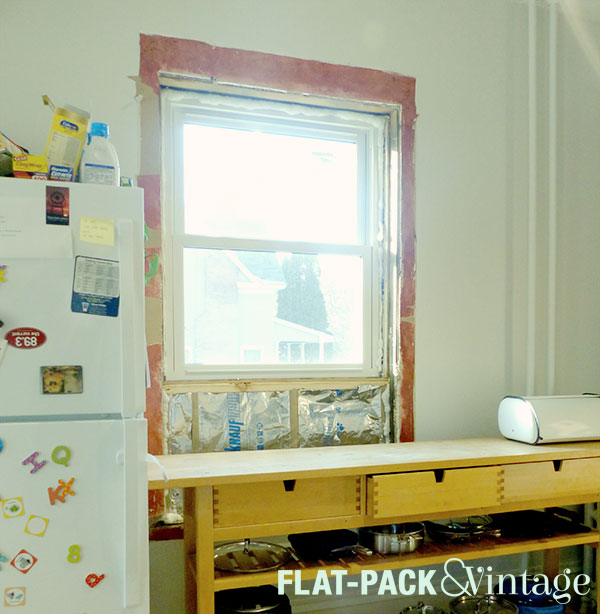 Isn’t it lovely?  Very industrial-chic. Not to worry though, there will (obviously) be more finishing work happening.

The outside looks a little less classy at the moment.  Because we have asbestos siding, the contractor had to do a little bit of a hack fix to avoid disturbing it. We’re going to paint the filler panel to match the window trim for now, but I’m thinking about adding window boxes to help hide the panel and visually balance both windows. 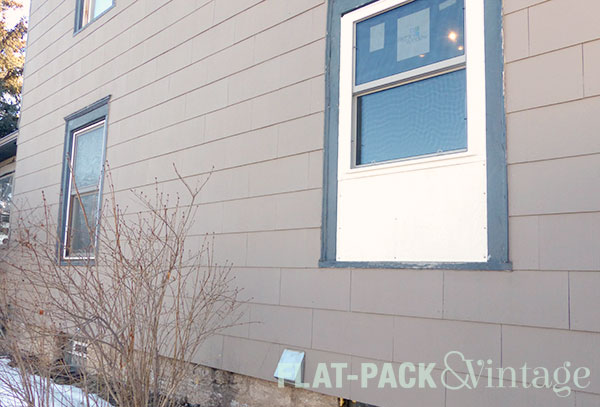 They also demo-ed the mudroom tile while they were here! It’s hard to see in the Before pictures, but it was an unfortunate pinky-beige and I am VERY glad to have it gone. 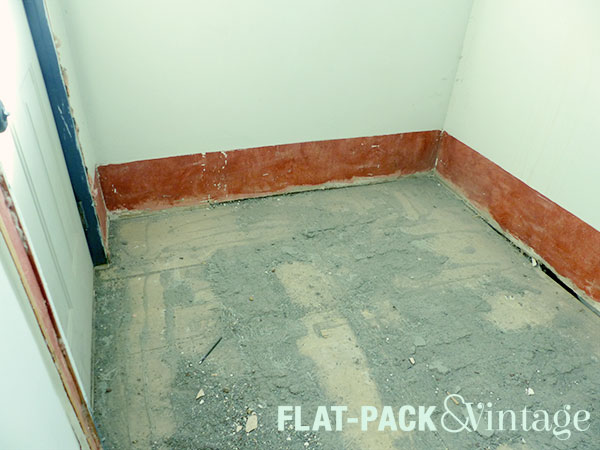 Apparently this was some very stubborn tile and they had to pretty much pulverize it in order to remove it. Bad news: there is a coating of dust that permeated most of the house.  Good news: this is probably the worst (read: dirtiest) part of the demo work.

“Week” One was really only one day since they started on Friday, but I’m already happy with the progress!