On Monday the old sub-floor in the mudroom got ripped and spray foam insulation was added underneath.  A new sub-floor also got more-or-less installed (they still need an inspector to check on the insulation). 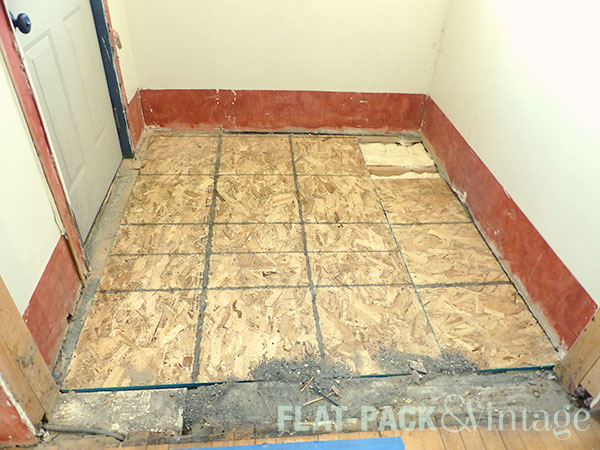 Tuesday saw the near-complete destruction of our kitchen. 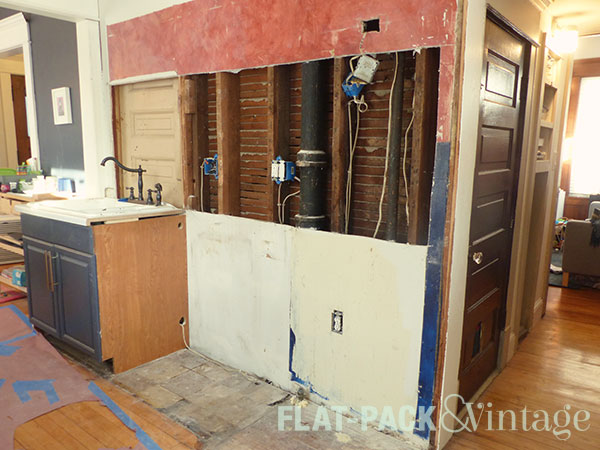 They’re letting us keep the sink for the time being but everything else got torn down and the appliances are currently shoved on the other side of the kitchen.

See the random door behind the sink?  That’s the other side of our “Winchester door” from the stairs. Basically in the original floor plan of the house there would have been a solid wall between the kitchen and dining room, and the kitchen would have been accessible from the first stair landing. At some point an opening was added in the wall, the stairs removed, and the door was dry-walled over to allow for more wall space in the kitchen.

They also added framing between the kitchen and mudroom for the wall extension. 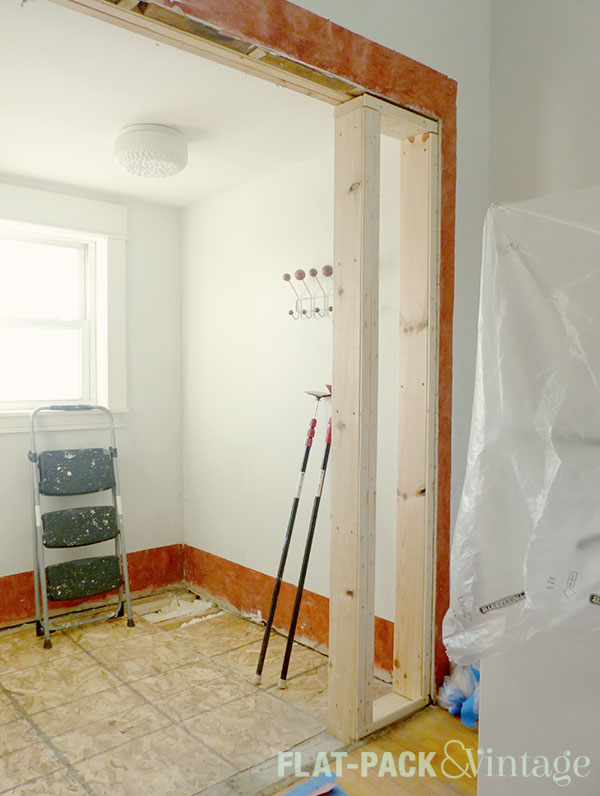 The electricians came on Wednesday and we learned that our breaker box really needs to be replaced in order to accommodate proper wiring in the kitchen.* This will require a day where they’ll have to pretty much shut off power to the whole house. In winter. In Minnesota. We may decide to flee the house that day.

Unsurprisingly, the electrical work brought on still MORE destruction–they had to remove the rest of the drywall behind the the cabinets and, thanks to some really stupid electrical code, had to cut holes for additional outlets. Unfortunately this meant having to add an outlet in the plaster wall in the dining room and it’s next to impossible to cut into plaster cleanly. 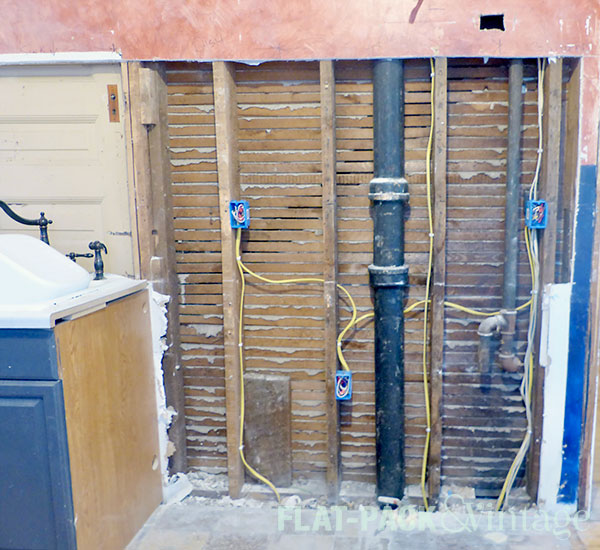 We got a small break from the chaos on Thursday.  The electricians had to wait for an inspector to sign off on their work so they just prepped for the patching that would be needed in the drywall/plaster.

Friday was a late start too since they were waiting on another inspector for the insulation.  After that was approved the drywall/cementboard started going up!

*Fun fact: the outlet for our microwave was on the same breaker as our boiler.