Hey hey, we’ve actually got some bedroom progress! At the time of writing this we don’t currently have a bedroom door,* and we have a house guest because that’s how we roll around here.

We’ve been meaning to replace our mattress for some time now.  Not just because our existing mattress is older, but also because we’d like to upgrade from a full to a queen size bed. Both Matt and I have always had traditional inner spring mattresses, but this time around we were a little intrigued by the mail order, vacuum-packed, foam mattress trend. We ultimately narrowed it down to Leesa and Tuft & Needle (Casper and Purple were the others we looked into).  Leesa had the benefit of also being in West Elm showrooms so we could actually test it out before it showed up on our door step.  Now, pretty much all these mail-order mattress companies have a risk-free trial period so you can return it after trying it out at home too.** I still wanted to do a pre-test since I really had no idea what to expect with a foam mattress. We were ultimately swayed toward Leesa because West Elm was having a 20% off bedroom furniture (and mattresses!) so we got a pretty good deal on it.

We ordered a bed frame the same day (saaaaale!) and chose to pick it up at the store rather than paying the $150 delivery fee. This also meant we had to assemble the frame ourselves***, but since we’re IKEA pros we didn’t think that would be a problem (spoiler alert: it was super easy). 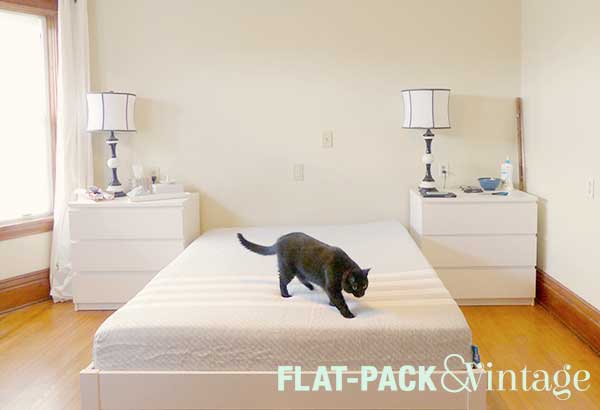 There’s really nothing to unpacking the mattress. Open the box, pull off the plastic wrap, unroll an unfold, cut away the vacuum packing, and watch it inflate. It actually inflated faster than I expected and looked more or less full size in a couple minutes (although you are supposed to leave it alone for an hour).

I’ve been sleeping really well on it so far. I happen to like a soft mattress and you do feel like you’re just sinking into this. Matt thinks it’s ok, but not great, so it all depends on what you like in a mattress.  If you prefer a firmer mattress you could try Tuft & Needle since the reviews say they’re on the firmer side.  One thing that’s been especially nice is that the foam has been awesome at absorbing movement so if Matt moves around at all I don’t feel anything (and vice-versa). The only weird thing is that the side of the mattress don’t have the same structure as an inner-spring so if you sit on the edge you sink down more than you would expect 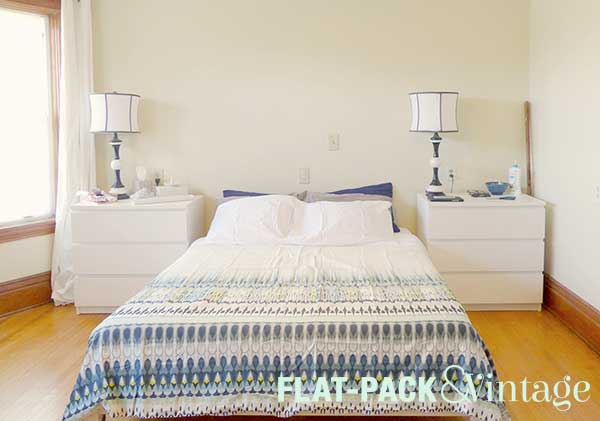 *I mean, we have the door but it’s sitting on the porch getting painted.

**If you order from a third-party seller, like Amazon, make sure the trial period still applies.  Apparently sometimes it does not.

***I’m supposed to give a shout-out here to our house guest who took over baby watching so Matt and I could deal with the bed frame and mattress (and obsessive photography). Thanks E!