It’s been a whirlwind holiday season around here!

We celebrated Christmas with our Wisconsin families last week.  My day job doesn’t allow for a lot of overlap in time off so I had to take the week before Christmas off. This ended up working out reasonably well since my sister-in-law was in a play just outside Chicago that was closing on the 17th so we were able to leave Wesley with the grandparents and take a trip done with Matt’s family to see the show.

If you follow me on Instagram, you’ll know that on our way to Wisconsin we managed to take almost the most Wisconsin Christmas photo ever.  We stopped a Culvers for a baby feeding break and they had Santa visiting too.  I had been a little disappointed that we hadn’t gotten a picture of Wesley with Santa and suddenly I had my chance!  And not only was Santa there, but also Scoopy (who I did not even realize was thing). I really should have grabbed Wesley’s Packer onsie out of the car, but I dropped the ball a little bit there. 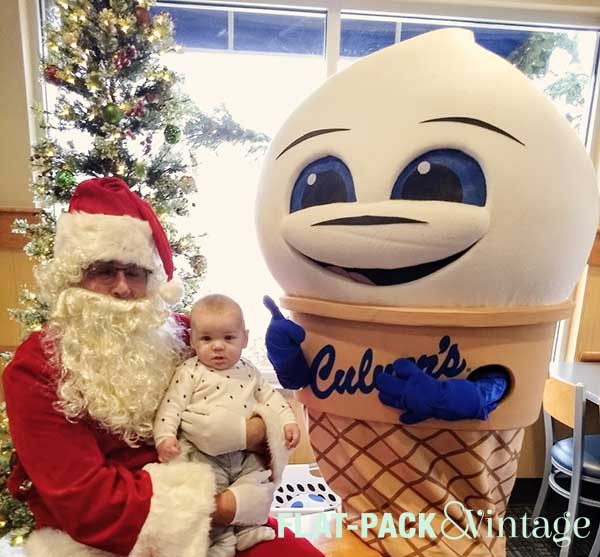 Because we had been gone for a week we weren’t really coming back to any food.  No problem, there’s a Thai place down the street.  Surely they’d be open and we could grab some take out.  Nope.  They were closed for the entire week. Luckily our favorite Himalayan restaurant was still open so we had a fabulous Christmas Eve dinner of tikka masala, matar paneer, and momos. I am all for making this an annual tradition. Thankfully Target was also still open so we were able to pick up a few things for Christmas Day too.* 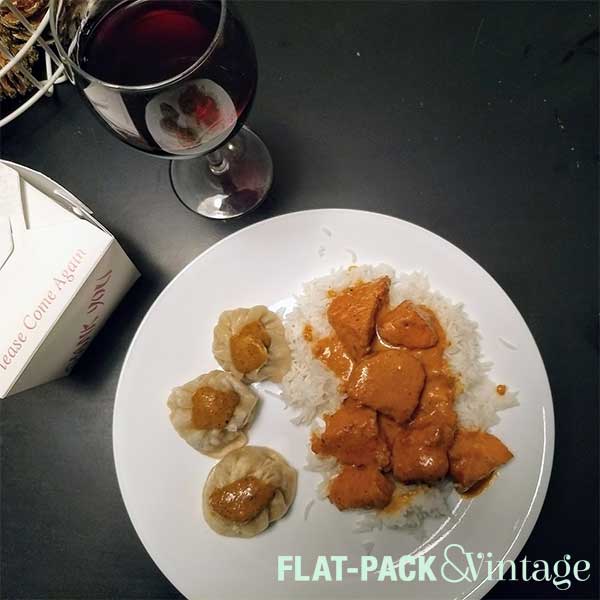 Today we just had a couple presents from each other to open, and couple things that had been mailed to us, but it was pretty low-key. We slept in, made some tea and coffee, and chilled out with some Christmas cookies my nephew packaged up for us. Cookies for breakfast are totally acceptable on Christmas.

Now we just have unpack, do laundry, clean, and prep for our annual New Years Eve party. “Party” is probably too grandiose a term since most people leave by 10 or so.  What can I say, we’re old and boring… but we have food, booze, and good company. 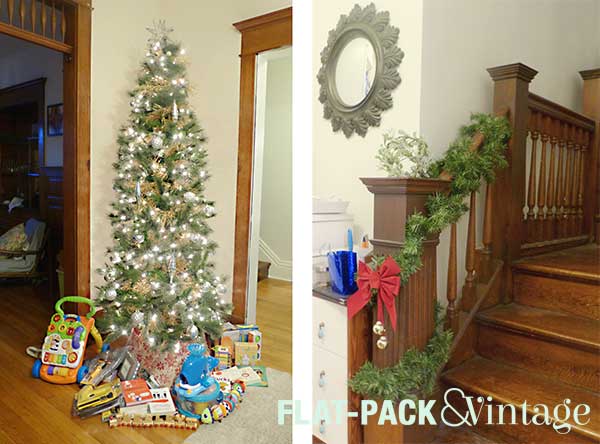 These photos of our Christmas decor are also carefully cropped to hide the door that’s currently being painted in our entryway.  At -2 it’s far too cold to be working on the porch, so we moved it inside so we could finally get it finished.

And yes, despite the fact that Matt and I didn’t get Wesley anything for Christmas (besides a 529 Plan contribution) the kiddo was still quite spoiled.  Thankfully a lot of what he got were books and clothes, which you can never have too many of! He also got some pretty awesome toys that he will soon be growing into (and mom and dad are very thankful we didn’t get inundated and that all the things with batteries also have off/mute switches).