Around 1:30 this morning I woke up to strange sound in our bedroom.  One of the cats was running around like a lunatic and occasionally meowing.  This is a little bizarre for either of them at 1 am and I was only partially awake so I listened for a few minutes to try and figure out what the heck was going on.

Eventually I turned on the light and peered over the foot of the bed.  Schmutz was the one racing around the floor and she wasn’t after one of her toys.  Because I had already expected this from the earlier noise I stayed calm, sighed resignedly and said to Matt, who was at least somewhat awake now too, “Your damn cat found a mouse.”

We watched her for a couple minutes while caught the mouse, pranced around proudly, deliberately dropped it, chased it again, caught, pranced, dropped, repeat.  Spencer wandered in to see what the commotion was all about and would occasionally bat gently at the mouse with his paw if it came his way, but he clearly didn’t have any idea what to do with it.

Eventually it became clear that the mouse wasn’t going to be put out of it’s misery anytime soon so I decided to step in.

“Schmutz!  Get the mouse!”  And she did, but ran away with it as soon as I got off the bed.  I followed her into the dining room as she continued her game of chase-catch-prance-drop and grabbed a plastic tumbler and a large putty knife to attempt to catch the stupid thing myself.

Sometimes Schmutz and I would be working together and flanking the mouse, but I never managed to shoo it into the cup.  The 3 of us kept going around and around the dining table while Spencer watched from under a chair.  Occasionally the mouse would rear up or charge Schmutz. “I think it may have toxoplasmosis!” I shouted up to Matt.

After 10-15 minutes of this (and more random things shouted up to Matt who was staying in bed playing a game on his tablet) I finally managed to catch the damn thing.  Since it was nearly 2 in the morning, I just dumped it outside, so I’m sure it’s back in by now, but it was the middle of the night and I was all out of fucks to give.

I went back upstairs (Schmutz was still frantically searching for her new favorite toy) and Matt asked if I had given the cats a treat.

“Because my cat found a mouse.”

“And brought it into our bedroom!”

Matt eventually went downstairs and gave both of them a treat.  What Spencer did to deserve it I have no idea since he was even a bigger failure.

Around 5:30 this morning Schmutz sat on my chest and yowled at me for her breakfast.

“If you had just killed the damn mouse you wouldn’t be hungry right now.” I grumbled and then Matt kicked her out the room because she was being pesty and it was still way too early. 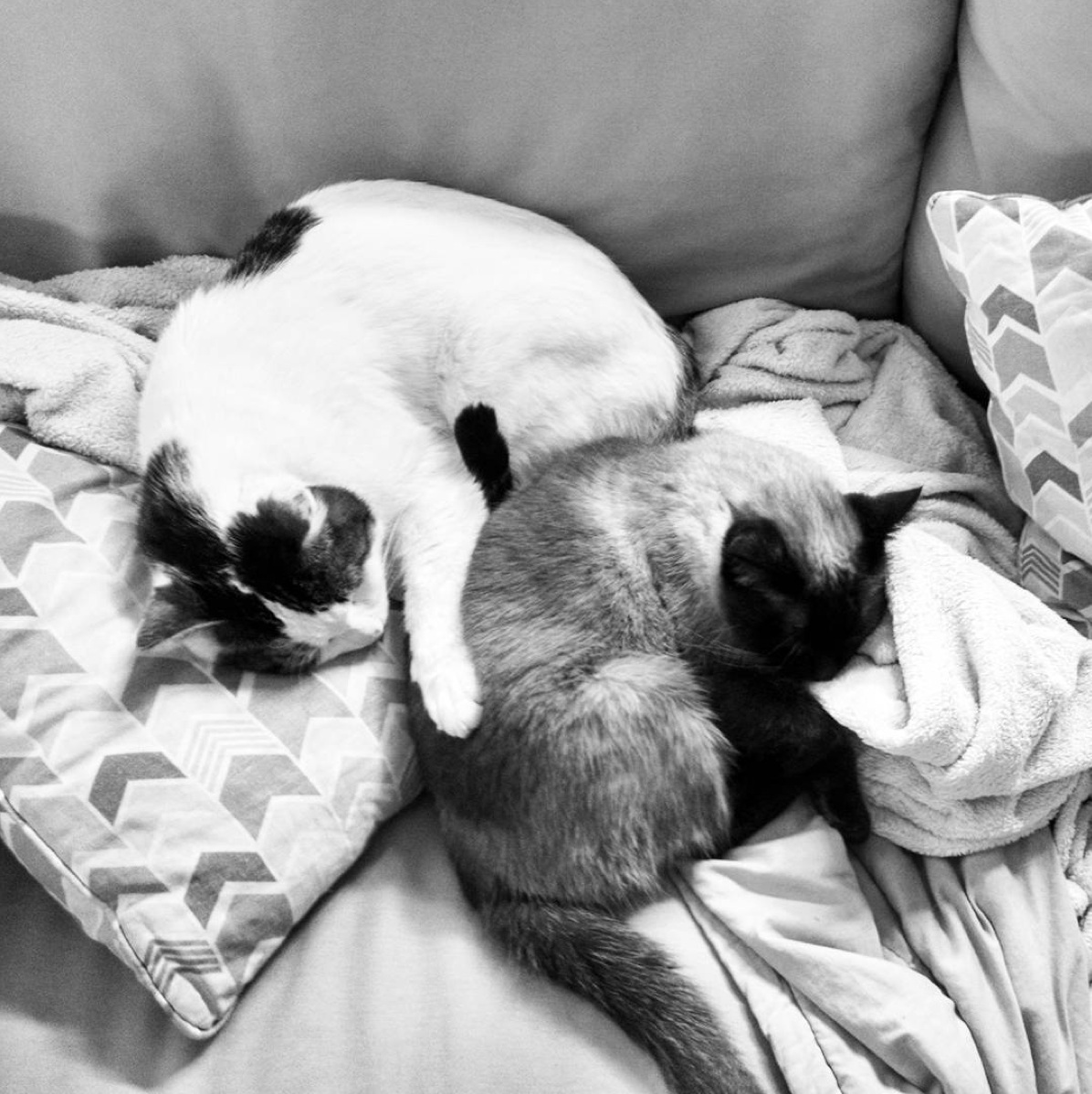 So those are our cats in a nutshell.  Spencer thinks everything is a friend and Schmutz has currently brought us one well-dead mouse and one far-too-alive mouse.  At least this is the first sign we’ve had of rodents currently in the home so I don’t think we have an infestation on our hands.

Looking on the bright side, at least she didn’t drop it in our bed.