Matt took last week off of work to get some things done around the house.  His big project? Re-doing the front steps. 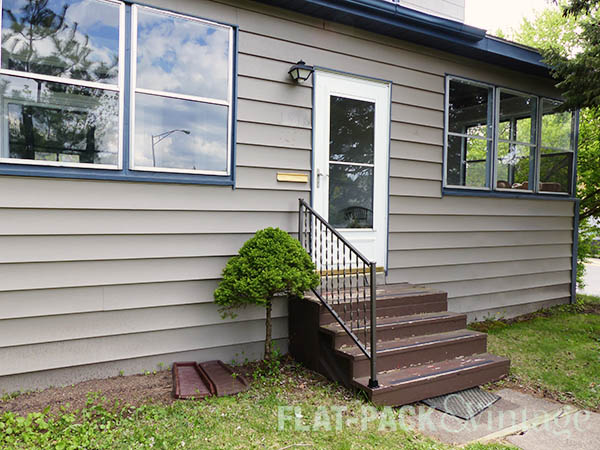 Our existing steps were ugly, wonky, and starting to decay.  Matt already replaced one of the boards that was starting to fall apart, but the steps really needed to be completely replaced. Apart from lacking in structural integrity, the steps were also ugly and badly proportioned. 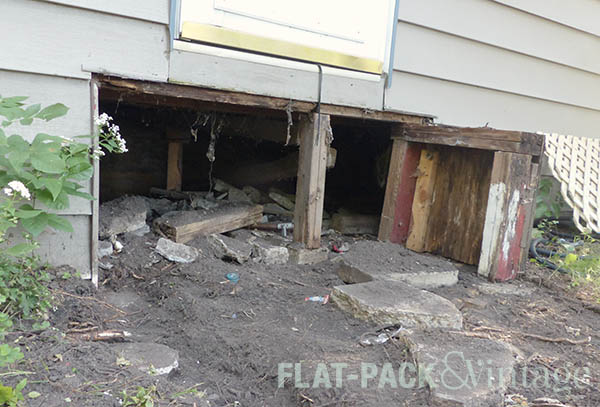 Matt texts me a photo of the demo work…an giant gaping hole in the front of our house. Awesome. He also called me just before I left work asking me to pick up 80lbs of sand on my way home.  He was apparently too dirty to go to Menards, but me picking up a couple bags of sand, covered in dirty rain water, in my work clothes was no problem.  #bitter 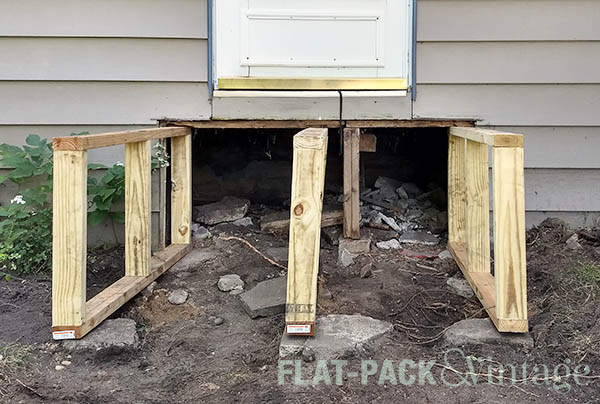 Matt finished digging out the base and leveling the existing pavers. Once he had a level base, he was able to build new (and level!) supports.

We have stringers! And a tread! Woot Woot! 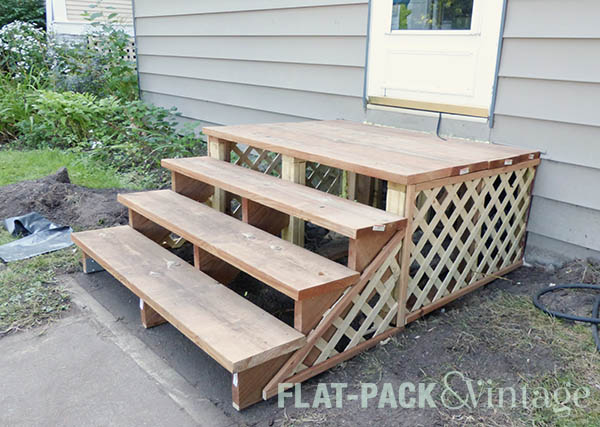 Apparently lattice is a bitch to cut if you’re not cutting on a 45 degree angle, but I think he did a pretty good job! 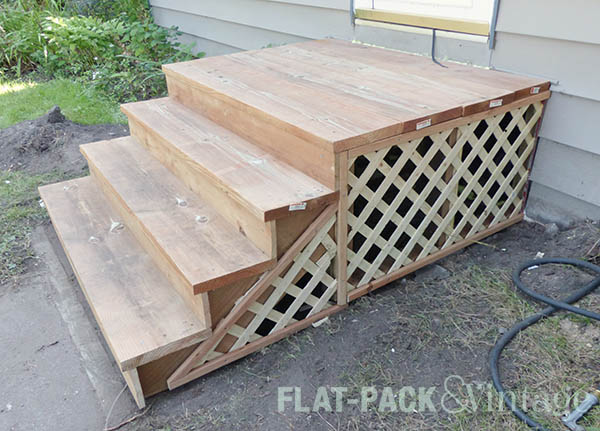 Matt waited for me to have free time to do the risers.  They needed to be ripped down to the correct height and it’s much easier to have two people when running long pieces of wood through our table saw.

We still need to add railings, but I think it’s looking pretty good so far! My dream plan is to extend it width-wise as well (the sides of the top step line up with the edges of the windows), but we would need to pour a new concrete pad to really make that worth it. You can also see our walkway isn’t as wide as the steps, which we’re dealing with for now.  Someday down the the road it would be nice to redo the walkway and make a better base for the steps. Unfortunately we have more pressing spendy updates before we get around to that. Very few people have money to do All the Things, and that’s ok, just figure out what your priorities are and work from there.