If you follow me on Instagram you’ll know we just got back from (almost) a week in Raleigh, NC.  Matt’s brother lives out there so we decided to take a relaxing Memorial Day vacation.  Crazily enough it was also cooler in NC than in MN so we lucked out and beat the crazy 100 degree heat wave in St Paul.

It wasn’t the world’s most exciting vacation, but it was relaxing which is possibly even better.  Wesley got to spend some time with his cousins (ages 6 and 3) and had a blast. Matt and I got to chill poolside with Moscow Mules,* so it was really a win-win.

Wesley got to go “swimming” (read: floating) for the first time. He was a little concerned at first, then fell asleep in his float. 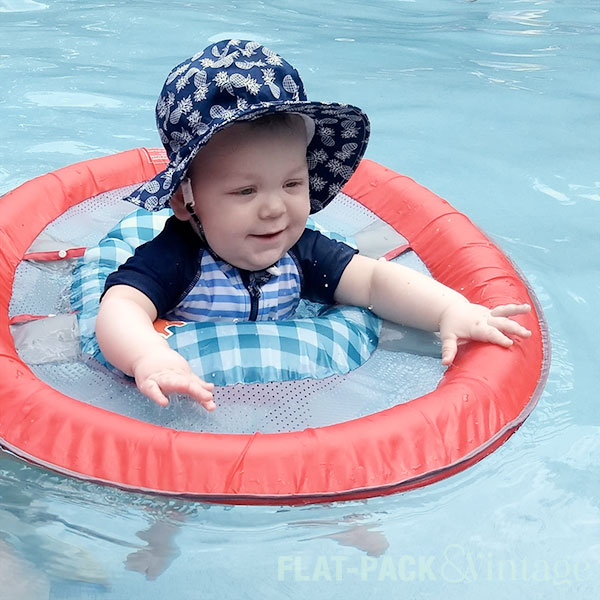 We saw a Balloon Fest sans balloons (too windy). 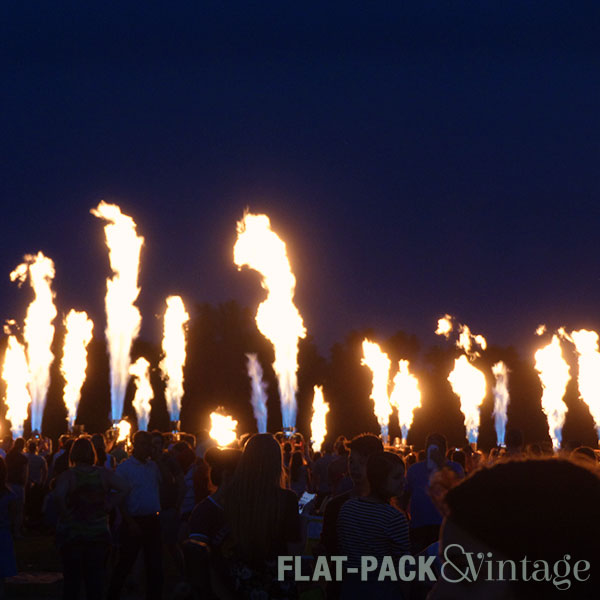 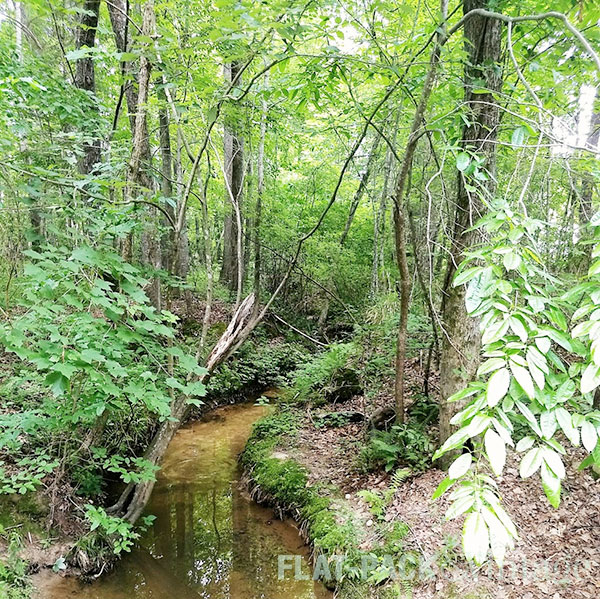 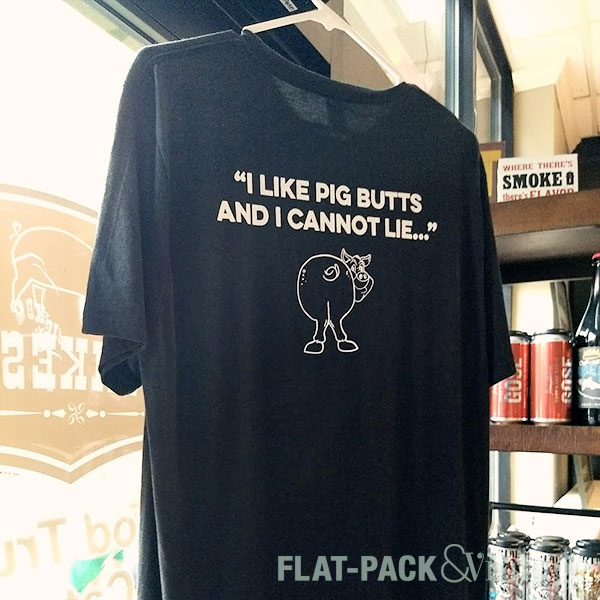 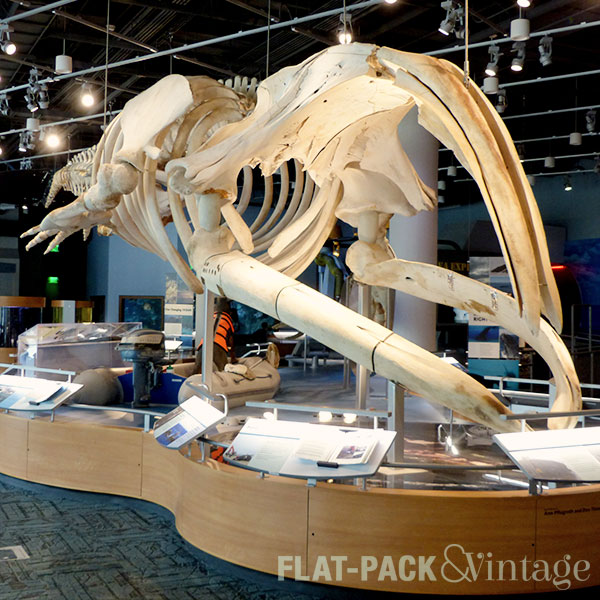 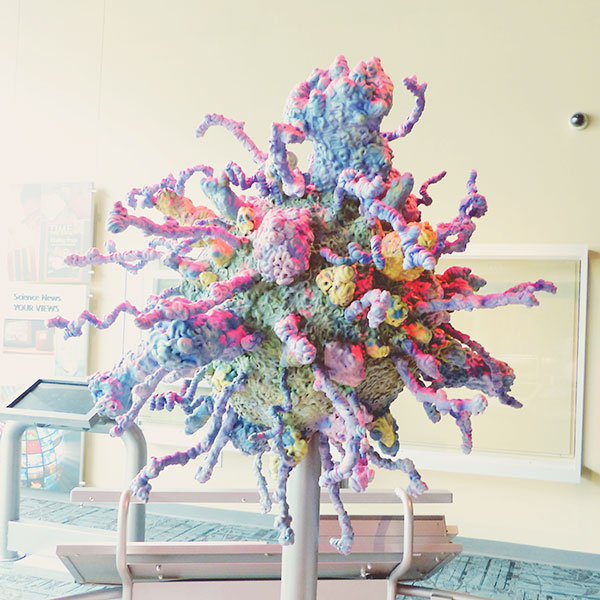 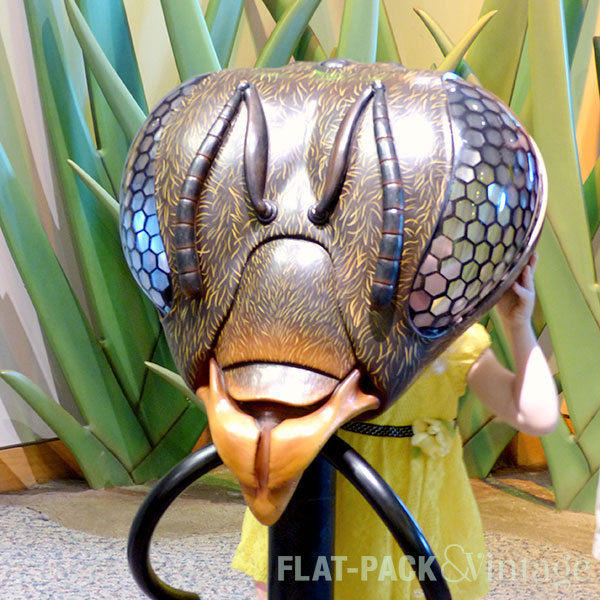 And I was massively jealous of all the magnolia trees. 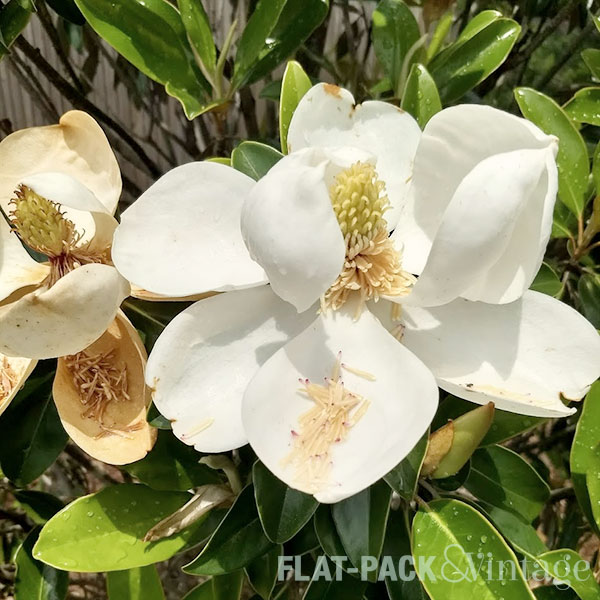 *Ok, that was really just me and the in-laws.  Matt is pretty convinced that the only mixed drink worth having is a G&T.

This weekend Matt and I slacked off and journeyed into the wilds of Central Wisconsin.  Last month we discovered a rather large miscommunication regarding a trip to Spring Green to see the American Players Theater with my mom and step-dad (and his mother and kids).  We thought they had been referring to this past weekend when we put it in our calendars, but no, this weekend was a completely different (and day-trip only) excursion to Spring Green.  Oops.  We had to miss the earlier trip, but were able to make it out this time at least.

This was my first time to see American Players Theater and it was quite lovely.  We saw An Ideal Husband by Oscar Wilde which was delightful.

Also in Spring Green is Frank Lloyd Wright’s Taliesin… but we didn’t go there.  Oh no. That was way too high brow for me and Matt.

We went to the House on the Rock.

If you’ve never heard of The House on the Rock (which basically means you’re either not from central-ish Wisconsin or have never read American Gods), this is the best description I’ve found for it:

The most concise way I can describe The House on the Rock is this: Imagine you took all the buildings designed by Frank Lloyd Wright, deconstructed them, and randomly attached the parts to a generic office park. Then imagine you took the permanent collections of the Victoria and Albert Museum and the American Museum of Natural History, mixed that with the contents of every thrift store in America, and spread it all throughout the Frank Lloyd Wright/office-park structure, with no curation or explanatory text. Then throw a 200-foot-tall model of a sea monster in there, too.  –Vice.com

Neil Gaiman’s comment in regards to American Gods was something to the effect of that he had to tone it down a bit to make it seem believable.

I personally describe it as “Imagine a permanently stoned Frank Llyod Wright who was a compulsive hoarder with a particular fascination for self-playing instruments.”

There’s not a great way to describe beyond what was said above, so here are some pictures. 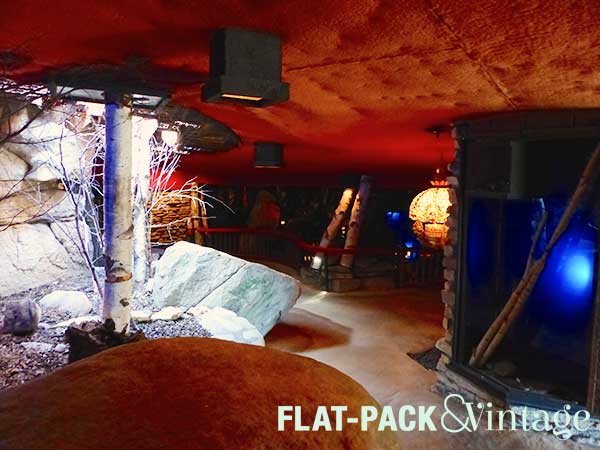 It starts off reasonably enough in the Original House.  You can definitely tell that the architect was inspired by Frank Lloyd Wright, but he also seems to be embracing the 70’s bachelor pad well before it’s time. And yes, those are trees just sticking up through the house. 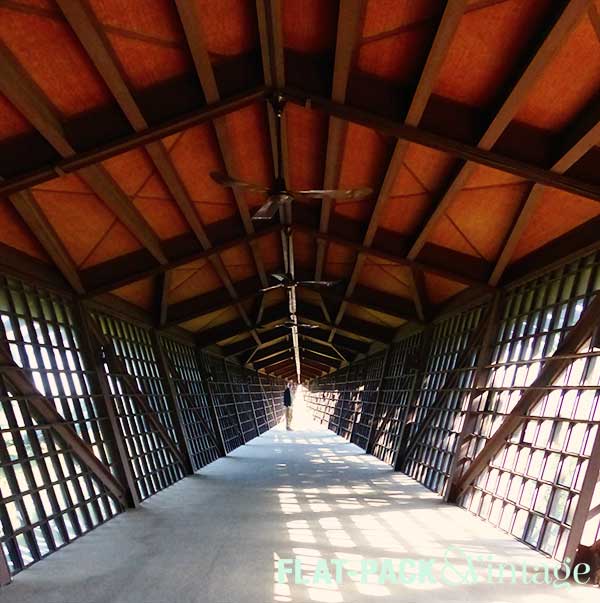 Then there’s the Infinity Room which was a much later addition.  It’s actually pretty cool unless you’re like me and aren’t so hot with heights (the room just cantilevers off the side of a cliff).

Eventually you hit The Music of Yesterday which is the most insane collection of self-playing instruments possibly ever.  You can get tokens to make them play too. 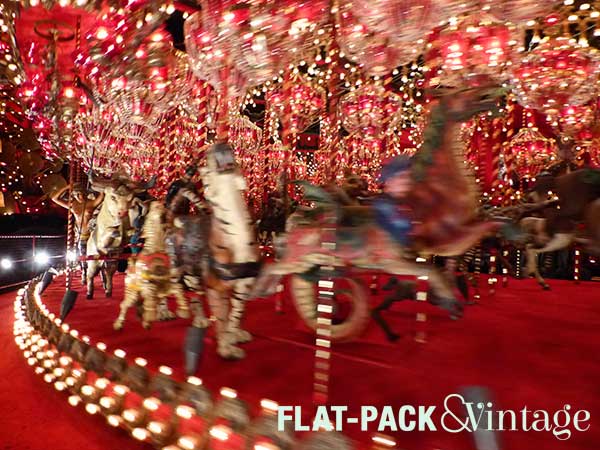 Along with the Infinity Room, the Carousel is one of the best known features of The House on the Rock.  It’s listed as the world’s largest indoor carousel, and out of the 200+ animals featured on it, not a single one is horse.  It’s also impossible to get a good picture of unless you’re magic. 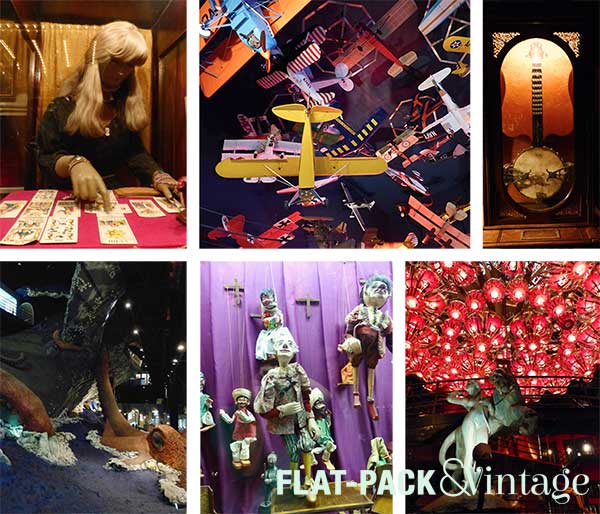 I’m skipping over TONS but throughout the tour there are collections of guns, Japanese art, organs, cash registers, coin banks, dolls, doll houses, suits of armor, planes, newspapers, and cars, along with self-playing instruments, fortune-telling machines, and other token-driven gadgets.

It’s crazy, it’s trippy, it’s probably worth doing once… unless you have a crazy fear of dolls and/or clowns, then you probably want to skip section 3.  And if you’re claustrophobic the entire place might not be for you.

Oh, and unlike Frank Lloyd Wright houses, The House on the Rock doesn’t leak* and isn’t sliding off the cliff.

*As far as I know, every single damn building that man designed ended up with a leaking roof and lots of have needed significant repairs to keep them standing over the years.  Was he an aesthetic genius?  Definitely!  Was he an engineer?  Definitely not.

So we accomplished sod all on the house this weekend, instead we skipped town for Las Vegas.  Neither Matt or I are big gamblers but we had friends who were going and it was 75 degrees there and 20 or lower here.  Plus Matt had never been to Vegas and it’s definitely worth seeing. 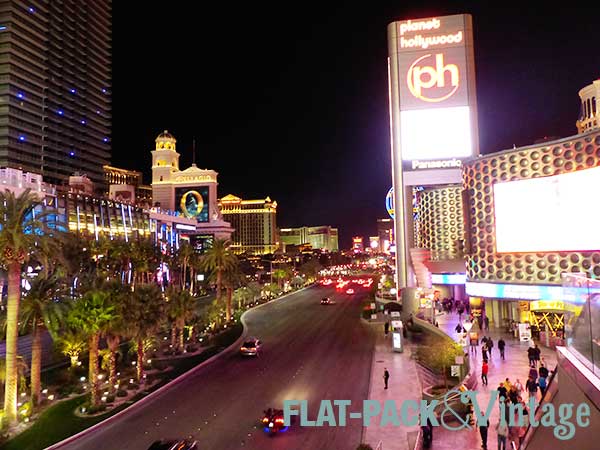 We got in Thursday evening and headed back early Sunday morning.  We came, we ate, we drank*, we gambled (a little and came out very slightly ahead), and we saw some drag queens (Frank Marino’s Divas at the Linq).  The weather was beautiful  which was good because we walked a lot.  If you’ve never been to Vegas, everything looks deceptively close.  Also, because of the wonky sidewalks, wait time for the monorail, and insane traffic on the strip, walking, monorail, or cab takes roughly the same amount of time…. although if you don’t walk you can avoid the random street mime. I don’t do mimes. I also don’t particularly care for clowns. 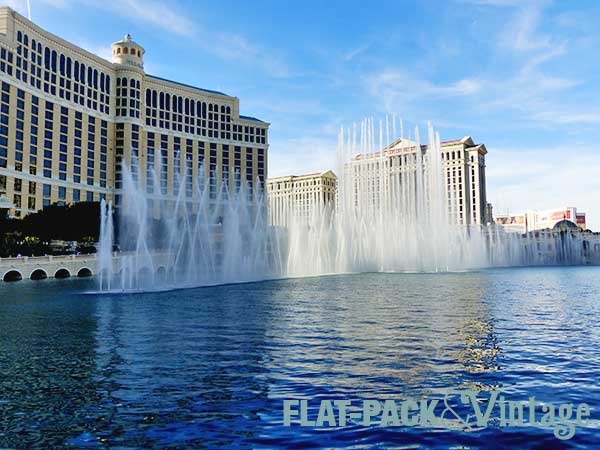 We stayed at the Flamingo which was A) centrally located B) A decent price and C) I kinda dug the fact that it was a little more old school Vegas.  Most of our time was spent on the south end of the strip (Mandalay Bay, The Luxor, New York New York).  On our last night there I hauled Matt through The Venetian which is GORGEOUS! 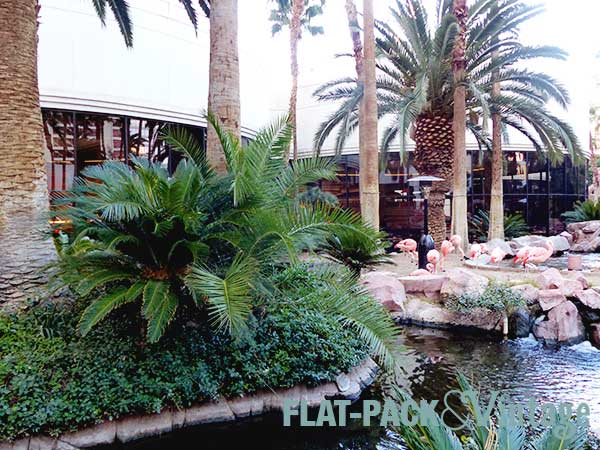 By staying at the Flamingo we got free tickets to the High Roller ferris wheel, which was actually pretty cool despite my serious discomfort with heights.  Once you were in the bubble-room-thing it was silent and the ride was totally smooth so I was actually calm the entire time. 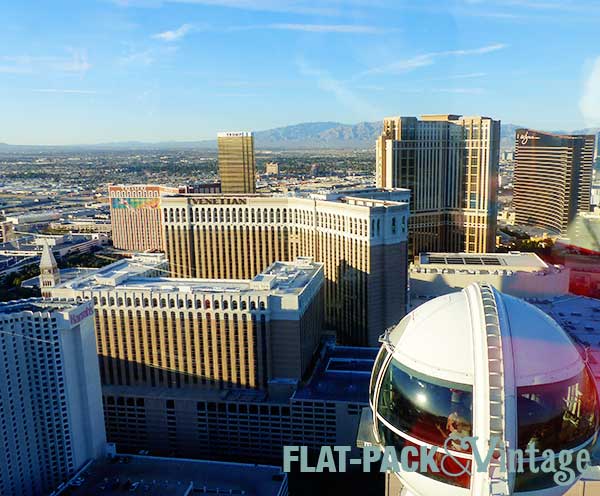 One of my friends hauled the girls off to The Luxor to visit the Pearl Factory where you can crack open an oyster and get a pearl for $15… and then of course they try and sell you on the setting.  Do you have that one friend who’s just an instigator?  Yeah, she was my Maid of Honor and one of our travel buddies.  She had stopped here on a Vegas trip a few years ago brought the rest of us over to the place, must to the chagrin of our husbands. 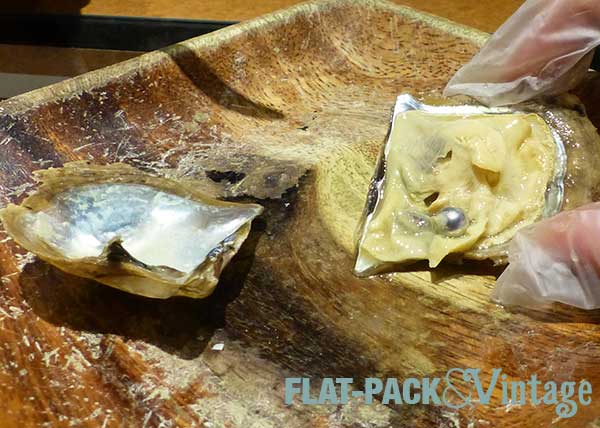 I am probably a jewelry sales person’s worst nightmare–I don’t do sparkles (no diamonds for me) and I make most of my own jewelry.  I thought it would be fun to try and do my own setting for a pearl… which didn’t go over too well with the sales lady, but what evs. I got a lovely silver pearl which was probably my best luck in Vegas since I thought those were the prettiest and I didn’t own any dark pearls.  Then I had an idea for a double pearl setting… so I cracked open another one (this one was pink)!  I’ll keep you posted on how my DIY pearl setting goes…. I think it will be amazing! 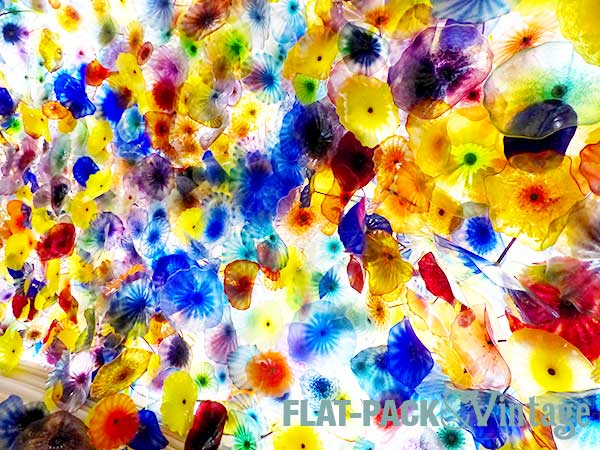 We also avoided all the time share pitches… one of the other couples wasn’t as lucky and suckered into it.  They didn’t end up with a time share, but came back way later then planned and “felt incredibly violated.” Everyone kind of wanted to see how Matt would handle the sales pitch since he’s got the lawyer arguing skills down. Neither of really wanted to lose 4+ hours of our life  during a 2 day vacation though.

It was a fun few days and I even stayed up way past my usual old lady bedtime… and then got home and passed out.  Now it’s time to get back to work on the house!

Matt and I just returned from a pretty epic European vacation–London, Prague, Amsterdam, and Reykjavik.  It was delightful (minus some minor mishaps) and gorgeous, and we managed to experience the worst summer storm in recorded history in Amsterdam. I’ll do a mini rundown once I get my pictures sorted, but if you want an even briefer rundown you can check out my Instragram feed.

Also, as soon as I stepped off the plane in MSP my back spasmed or something so now I’m pumped full of pain meds and wedged into the couch so my crazy optimistic plans for today (counter tops! kitchen faucet! window repair!) have kind of stopped in their tracks.  Matt tackled the window repair since a nasty storm here the day we left did a number on 2 of our windows leaving our (awesome) cat sitters to have to come up with a temporary fix. I’m hoping I’ll be functioning again by this weekend since I’m itching to finish up in the kitchen and start work on the Brown Bathroom of Despair.

If you are, say, planning an international trip after moving but before you are actually unpacked, it is very important to make sure the keys to the safe (where the passports are kept) are put in a Safe Place.  And because we all know what happens when you put something in a Safe Place you probably want to write yourself reminders of where that place is, and possibly get that reminder tattooed on your forehead as well.

Seriously, hearing “So… where did we pack the keys to the safe?” from Matt freaked me out way more than the news on the London Tube Strike and potential Grexit combined.  Thankfully the keys were found*, I quadruple checked that the passports had not mysteriously vanished, suddenly expired, or spontaneously combusted, and EuroTour** 2015 is still on!***

Unrelated: This is the best thing I’ve read all day. I sort of want to move Toronto now… I may have found my people.

Also, there will be more actually design related updates coming.  The boxes need to be moved out of the kitchen so I can paint, and my temporary counter top solution needs to arrive so we can fix the beat up laminate and replace our faucet and then I can move on to the Brown Bathroom of Despair!

*The Safe Place turned out to be the bottom of my purse.  Naturally.

**We’re going to 4 countries and only one actually uses the Euro.  Are we efficient or what?

***Matt moved the keys to a new Safe Place.  Wish us luck for when it’s actually time for us to leave.