A big part of deciding to move was the need for better home office space. Our new house has a finished basement, but Matt is apparently needy and wanted a window and actual natural light if he’s going to be working from home all day. Can you imagine?

In the House Tour I shared before I showed some awkward spaces upstairs that we planned on reworking and that was the first big project we decided to tackle. It’s a little hard to visualize from photos (especially since the hall closet was difficult to photograph, so here’s how the spaces were laid out when we moved in:

We discussed a few different options that included changing around the closet in the bedroom and adding a closet to the new room. These ideas led to complications involving vents and ceiling lights that we didn’t really want to deal with. Ultimately we followed Occam’s Razor theory and went with simplest solution:

To contain the mess a little bit, we started by building the new wall in the existing bedroom. We had to remove a strip of carpet and a strip of ceiling in order to add 2×4’s along the top and bottom. Because this is a pretty small project in the world of drywalling, we didn’t bother renting a drywall lift. Matt still decided to tackle a bunch of this while I was working in the office so he temporarily attached a brace to support the top piece of drywall while he screwed it into place.

Once the drywall was up, we demoed the wall between the closet and alcove.

Most of the house is painted Sherwin Williams: Repose Gray and they had some left in the basement so we used that for now. Matt’s more or less in charge of this room and the bigger goal was having a functional space vs. and impeccably styled space. Heck, right now he still pretty much only has his desk in there (which fits perfectly in the alcove).

It may not be the most stunning visual makeover, but spatially it has been an awesome improvement to the house!

* My goal is to replace all the carpet sometime this year so we just patched in some leftover carpet from the basement. If a full carpet replacement wasn’t in our plans for the near future we would have come up with a better flooring solution. 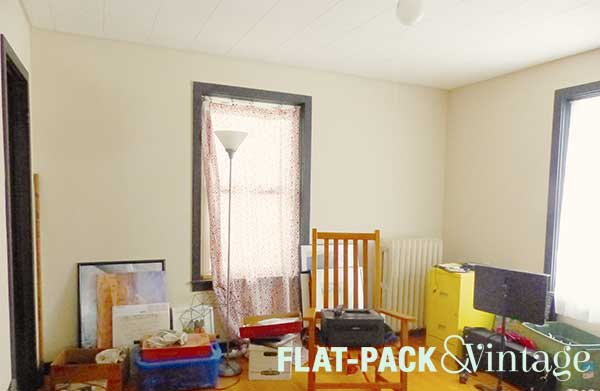 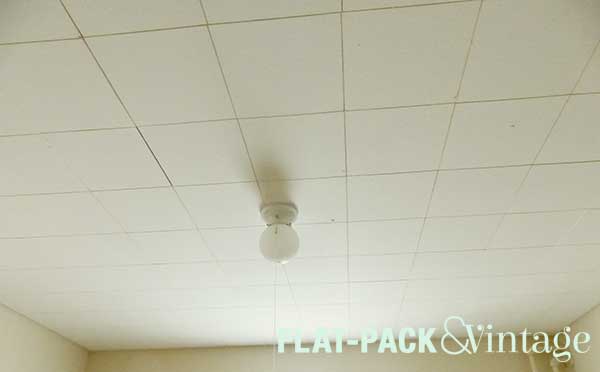 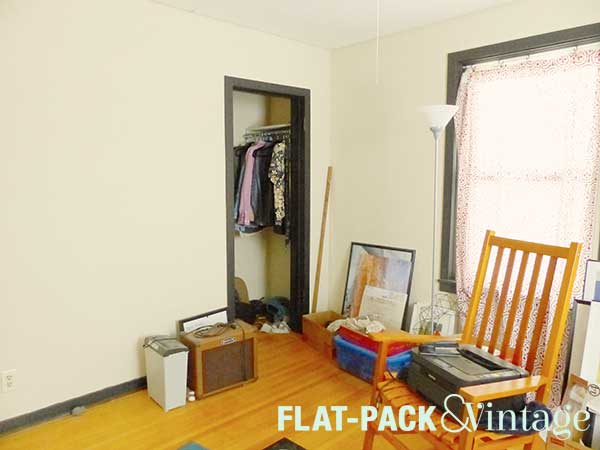 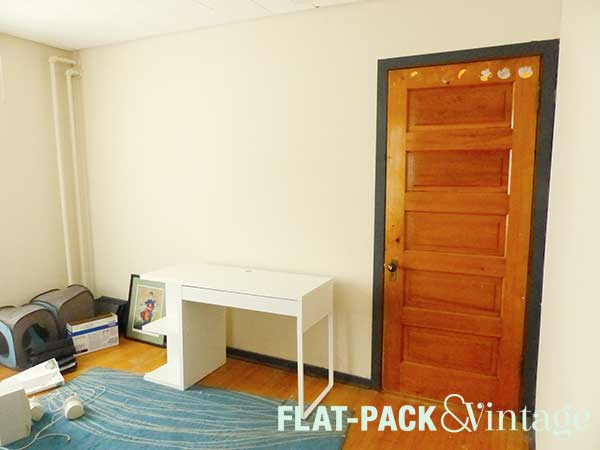 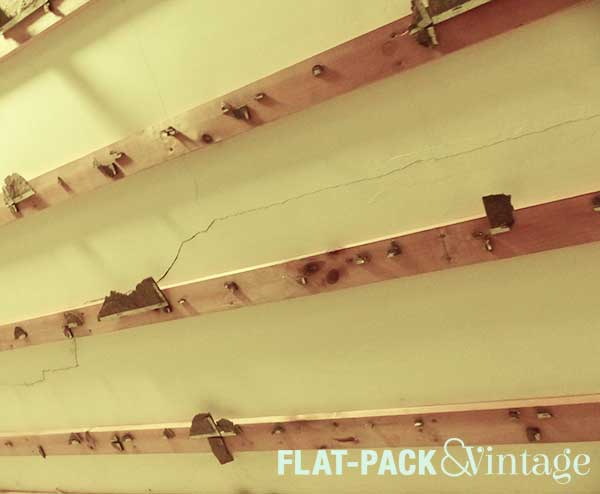 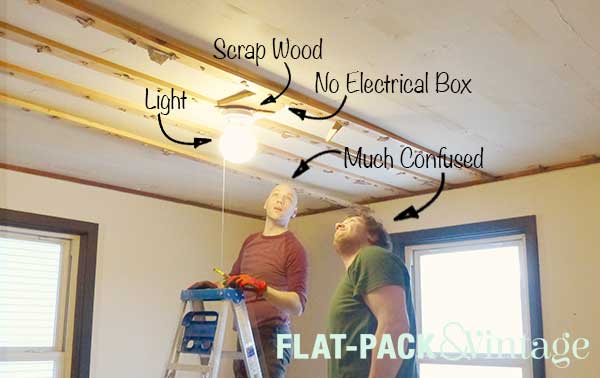 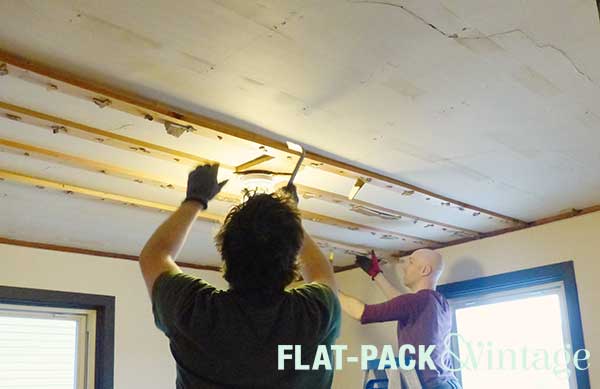 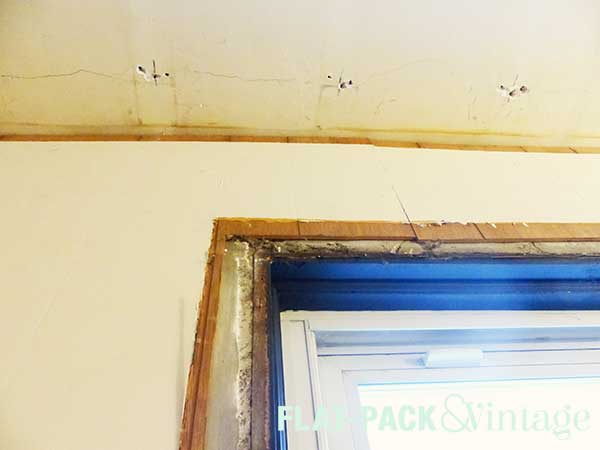 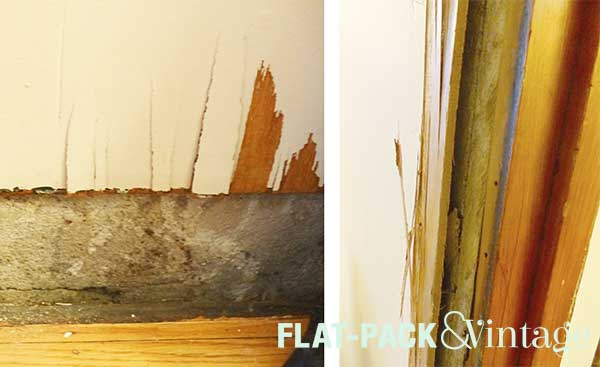 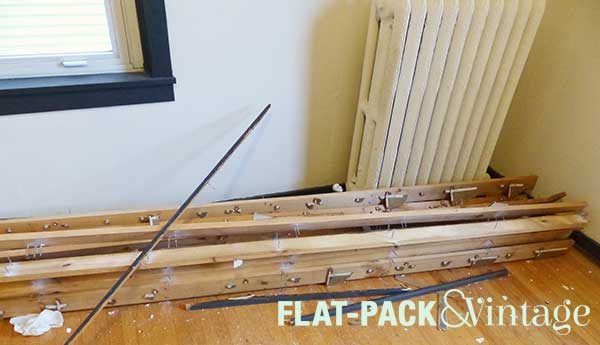 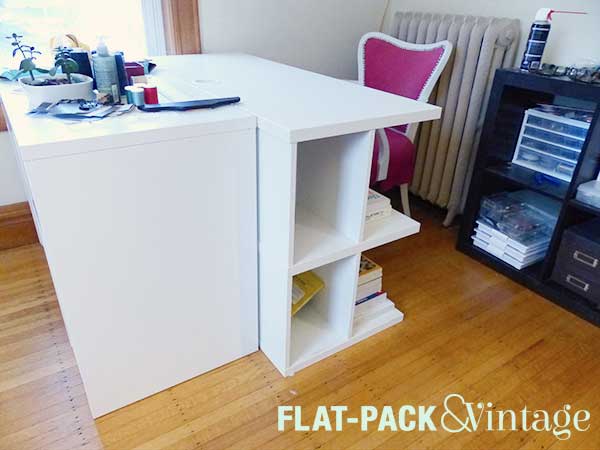 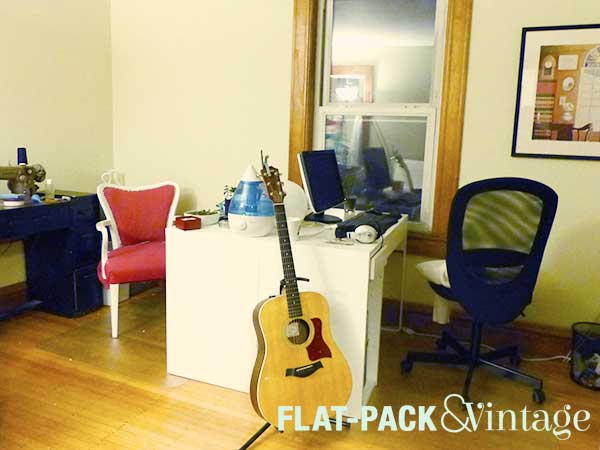 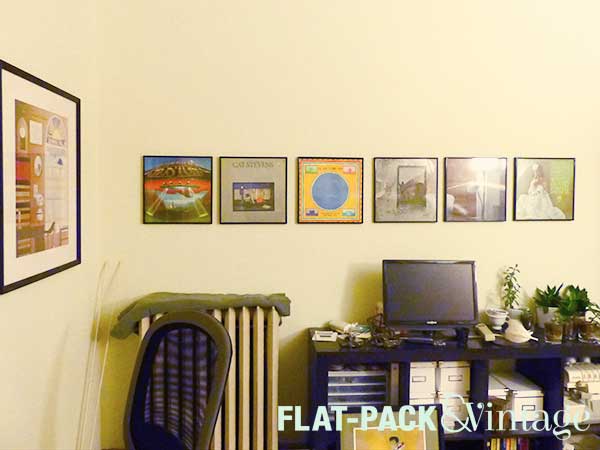 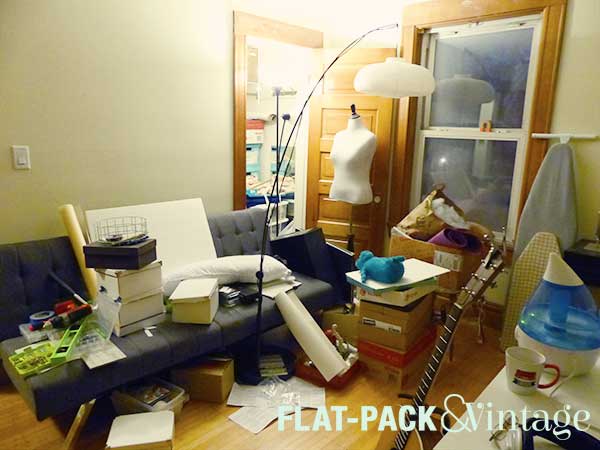