Now that the bulk of the kitchen work has finished up and I can move on to the Brown Bathroom of Despair.  Seriously, this room is pretty bad. 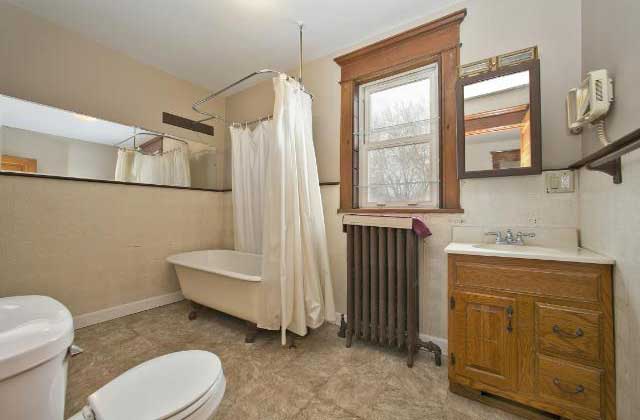 I’m pretty sure it looks even more dismal in person.

First there’s the scary make-up mirror which looks like it was added in the 80’s and really only gets in the way. There’s also trim molding running along the perimeter of the room about half way up the wall, only it’s not attached vertically like molding, but rather horizontally like a little shelf.  A crappy, narrow, and slightly angled shelf.

Then there’s the fact that the medicine cabinet is not recessed into the wall and someone apparently cut a chunk out of the window trim so that absolutely fugly light would fit. 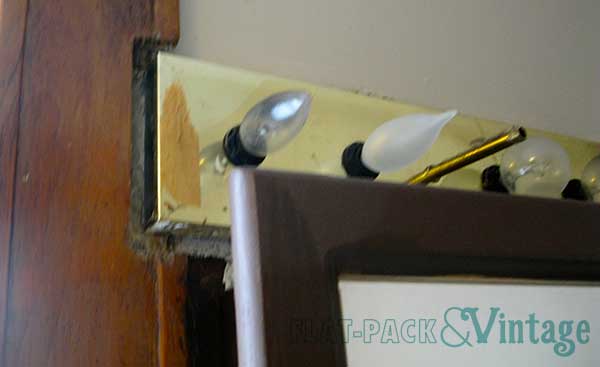 And then of course there are the walls themselves.  They’re covered with this rather nasty tile board stuff that looks like a bad vinyl floor but on the walls. 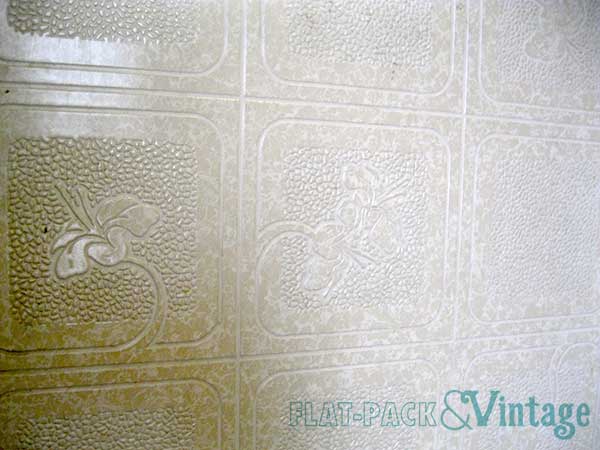 Plus everything is just brown… except the inside of the closet which is dark dark green. 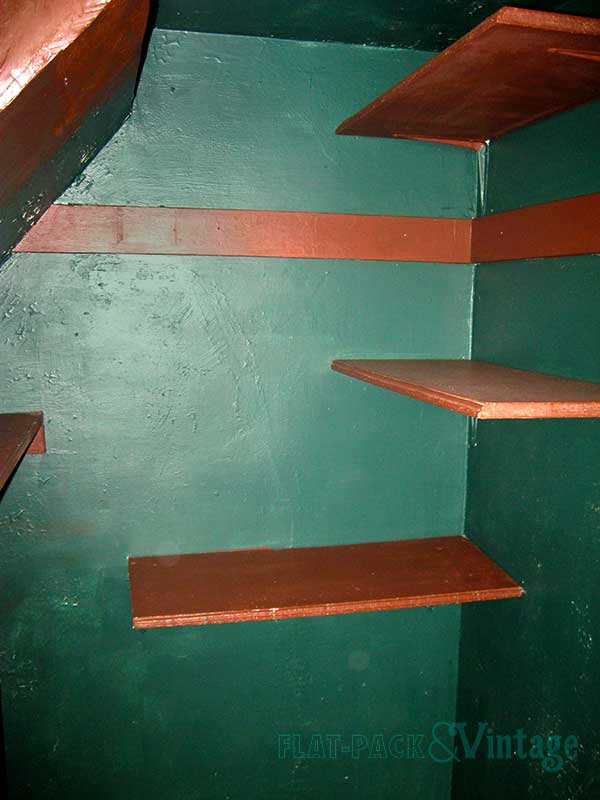 Brown is not really my favorite color for interiors, but it can be done very well.  This however is not one of those times.  I want a bright and airy, spa-light bathroom.  I want it to feel clean. The beige and brown and general dated-ness of the fixtures just make this room feel old and dirty.

So here’s the plan: 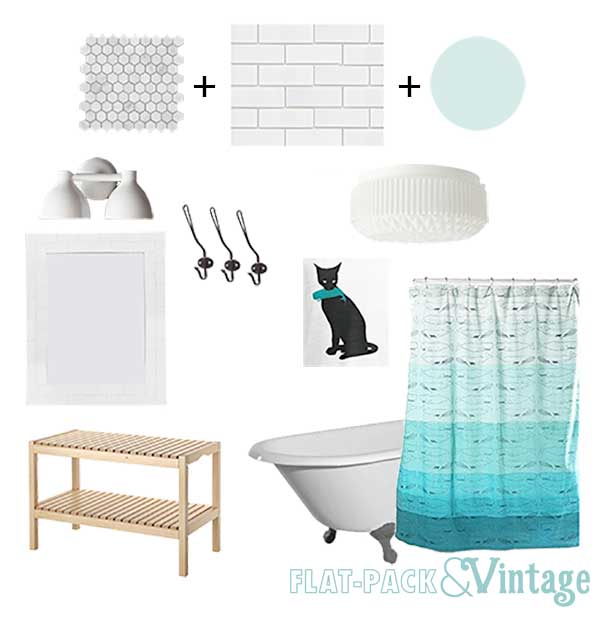 I want the permanent surfaces and fixtures to feel like they belong in the house so the hex tile is an absolute must for me.  I know subway tile is ridiculously trendy at the moment and trendy rarely overlaps with classic, but I think it will work really well with the hex tile for the vintage bathroom vibe.  I’m going to try and talk Matt into keeping the clawfoot too.

The medicine cabinet will get replaced with just a mirror since we have plenty of storage between the bathroom closet and hall linen closet. The fugly wall light will also get upgraded to this beauty from West Elm and the towel bars near the sink will get switched to wall hooks by the tub.

I’m going to remove the closet door and replace it with a curtain so the cats will still have easy litter box access without the litter box being all up in yo’ face. The incredibly haphazard shelves are going to get switched out as well.

We have the shower curtain and cat print already and I happen to really like them.  They’re fun and quirky without being too juvenile feeling. I also happen to like the white and aqua color combo for the bathroom since I think it works for the light and spa-like feel I’m going for.

The bathroom makeover is also going to be done in stages since ultimately we’re just going to gut the thing.  In the meantime though I’m going to demo all the gross non-permanent fixtures (medicine cabinet, light, towel bars, trim) and paint ALL THE THINGS.  Sometime (probably well into the future) we’ll rip out the tile board and floor, even out the walls, tile the floor and walls, and replace the vanity.

This weekend we tackled the demo work and after many stripped screws, and much swearing* we had a pile of this:

And were left with this: 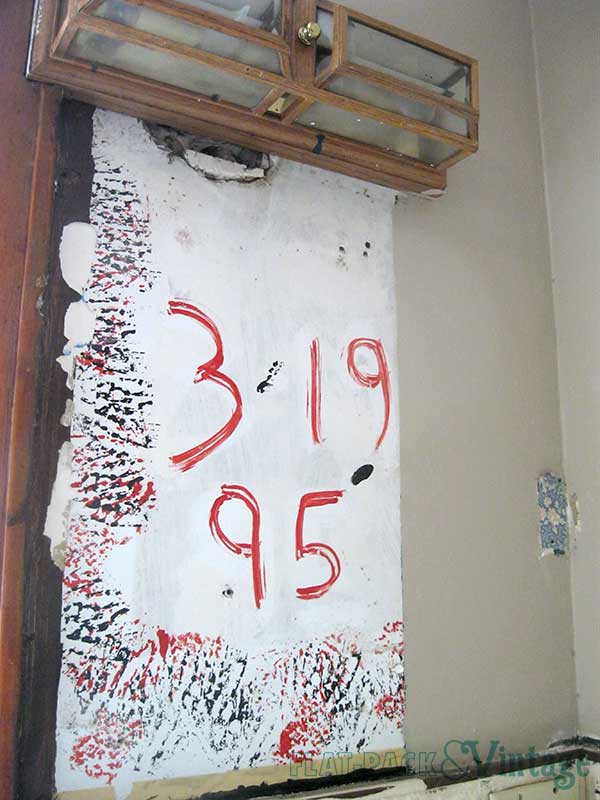 Gee… I wonder when the last decor update was? The light is staying (temporarily) since the West Elm one is back ordered and I don’t want bare wires sticking out of the wall.

*Those stupid trim crappy-not-really-a-shelf pieces were nailed in with 3″ nails.  Overkill much? The whole bathroom demo process was a great stress/anger management tool.  Stress at work?  BEAT THE SHIT OUT OF SOME FUGLY TRIM WITH A HAMMER.  Annoyed because your husband ruined one of your favorite paint brushes? SMASH THE CHEAP WOOD TOWEL RACKS TO BITS BECAUSE YOU CAN’T UNSCREW THEM.