Running a little late on this since she’s currently rapidly approaching two months, but that’s how it goes with the second child, isn’t it?  At least the picture is still her at 1 month. 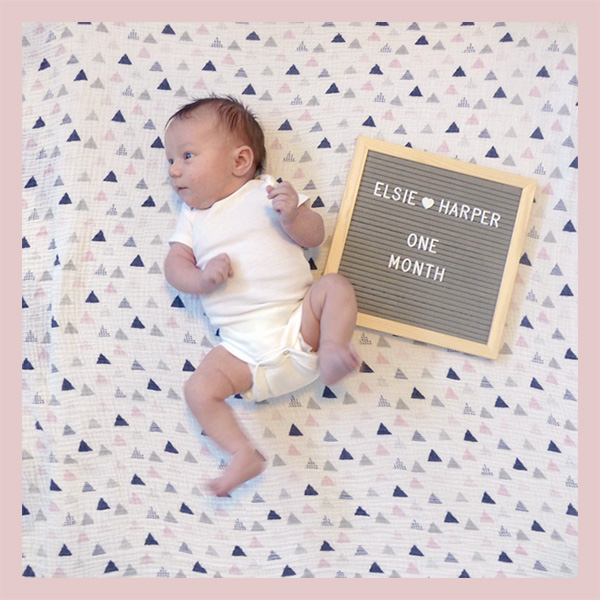 We’ve had a lot of people asking how we chose her name and it wasn’t easy!  I made Matt come up with at least 5 names that he would be ok with and I would do the same.  His criteria was that the name couldn’t have been in the top 10 in the last 5 years. My criteria was actually liking the name. Unfortunately a lot of the names I liked were top 10 names.*  Elsie was one of Matt’s picks and it was actually the only name from his list that I was ok with.**

As far as her middle name goes… we just found something that we thought sounded nice with Elsie so there’s no significance behind it.  Like her brother she also has two middle names.  However, because Matt and I are clearly batshit insane and want to confuse everyone, she is Elsie Harper [Matt’s last name] [my last name], so yes, these siblings have different last names. These are the fun choices you get to make if you don’t change your name when you get married. The good news is that when they’re both in school they’ll never have teachers comparing them for better or worse.