On Monday the fabricators came to measure for the countertops.  The plumber also came back to keep troubleshooting.  Unfortunately they exhausted all the less-invasive options they could think of and decided a hole really would need to be cut into the ceiling to find a place to tie the sink vent into to.

…which meant on Tuesday we had a hole cut into our ceiling. 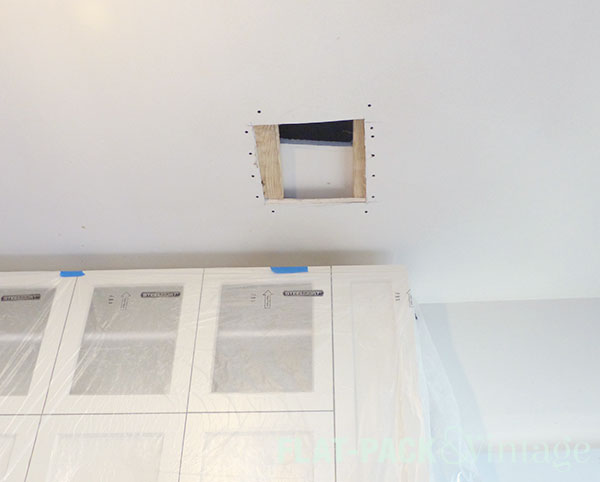 Good news: that’s the extent of the damage to the kitchen ceiling. Bad news: they’ll need to cut into the upstairs bathroom wall instead.  Good news: it’s an excuse to start removing the awful vinyl from the bathroom walls.  Bad news: $$$

Turns out the pipe they were trying to connect to for venting is downright decaying near the top.  It’s also full of vermiculite which is what has foiled any attempts to trace the path from the kitchen to the exterior. In order to replace the damaged pipe they need to cut open the wall behind the toilet in our upstairs bathroom… just as Matt’s sister is coming to visit us.  Awesome timing.

On Tuesday they also sealed the mudroom tile and started re-attaching trim. Honestly, I’ll probably re-do the baseboards to match the dining room at some point (which is much closer to the house’s original trim) but it’s easy enough to DIY and given the extra unexpected expenses that have popped up during this, I don’t want to pay a premium for professionals to do it. 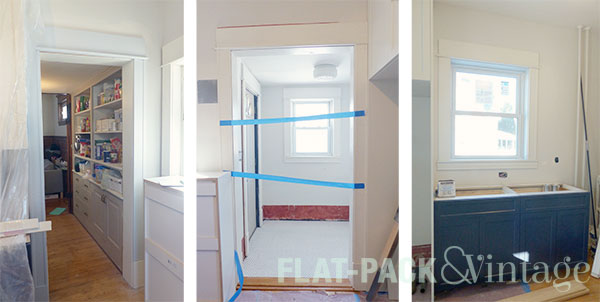 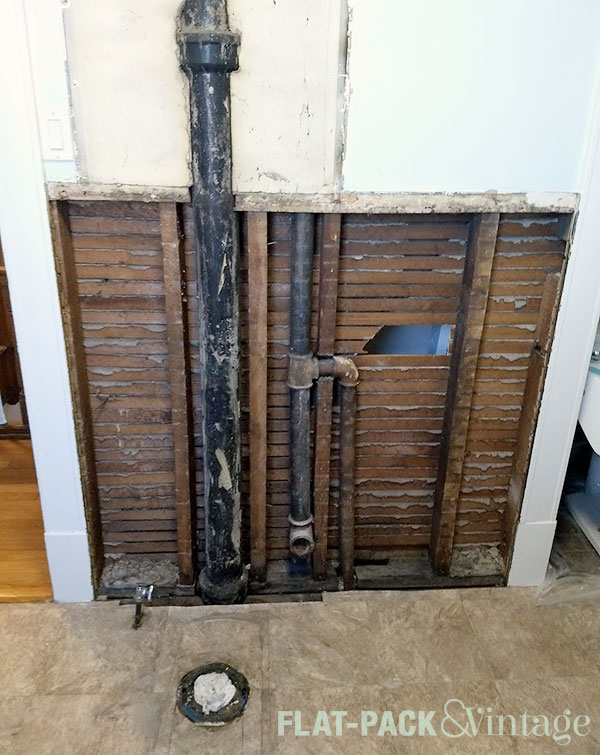 On Thursday the plumbing FINALLY got sorted out. Matt’s sister arrived that morning and nothing says “Welcome Guest!” quite like being down to one (mini) bathroom and having your water turned off for a chunk of the day. 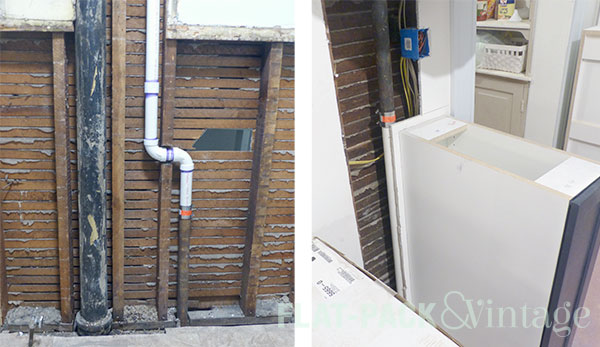 There’s also new PVC pipe in our basement and attic since they replaced pretty much everything that they could access.  I suppose it could have been worse.  My aunt and uncle used to have a 1850’s-ish farmhouse and a lot of the plumbing was put in just as plumbing fixtures were getting standardized.  Whoever did the work chose to use the discount fixtures which meant that they weren’t compatible with today’s fixtures.

And on Friday we rested.  And by “rested” I mean “waited for the contractors to schedule the inspector since the walls can’t be put back together until then.”