Spring may have sprung in a lot of places by now, but not in Minnesota. 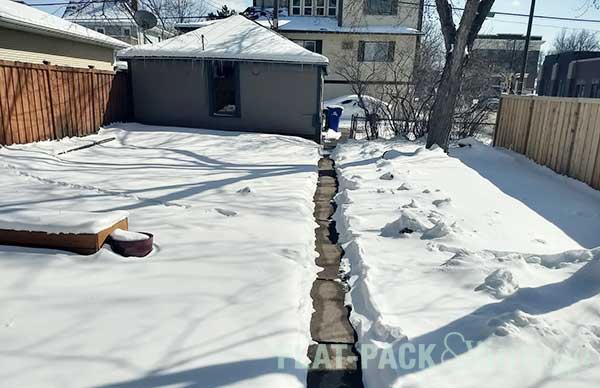 This is the current state of our yard and no, this isn’t a belated April Fool’s joke.

I am so sick of winter right now. I want sunshine! I want warm weather! I want to actually be able to spend some time outside!

We’ve definitely made progress in our backyard, but it’s still pretty sad. I realize gardening takes time and we’ve had a lot of demo to do, but with the current weather I’m positively itching for an outdoor space I can enjoy.

We should be getting a proper patio poured this summer (hopefully before Wesley’s birthday?). We have an lovely little park just a couple blocks away so we don’t need a to try and cram in a swing set. My goal for the backyard is to make it geared towards adults, but still child-friendly. I also want something reasonably low-maintenance.

We do have some annoying limitations with our backyard:

Here are some things I’ve been eyeing for a little inspiration:

I love the mix of planters and in-ground plants. I think it adds some lovely textures (and fills in some space with non-killable things).

This mix of two sitting areas is pretty cute.  I’m thinking of having a defined dining section and lounge/fire pit section.

The back corner by our lilac kills off e.v.e.r.y.t.h.i.n.g. My hostas are sad, my ferns are sad, my transplanted creeping charlie and bishop’s weed remain a few sad little strands… I’m thinking to compensate for the lack of lush plants with rocks and do an alpine-ish style garden over there.

I want to try and cover the back our our garage with a trellis and vines. I also think it would be cool to frame it out with a mini pergola like this.

There’s a lot of work to be done, and it’s definitely not all happening this year. It is fun to daydream about though!

Now, for all the green-thumbs out there: What are your favorite resources for gardening (especially for beginners)? Do you have any Minnesota-hardy (USDA Zone 4b), low-maintenance, shade-tolerant, plant suggestions?

A while back we pillaged a bunch of plants from our friends and their neighbor.  And by “pillaged” I mean “took all the shit they were digging up and getting rid of anyway.”  We got a bunch of ferns (with some bonus Bishop’s Weed that you may either love or hate*), some hydrangeas, a clump of purple violets, and something that was pretty but I have no clue what it is.  We even held off painting that day so we could add them to our garden right away.

Things immediately started to look really sad after they were transplanted.  According to my dad ferns (and lilies) tend to look awful right after they’re transplanted but should bounce back in a few months or at least by the next year.  “Awful” is one thing, but mine looked straight-up dead. 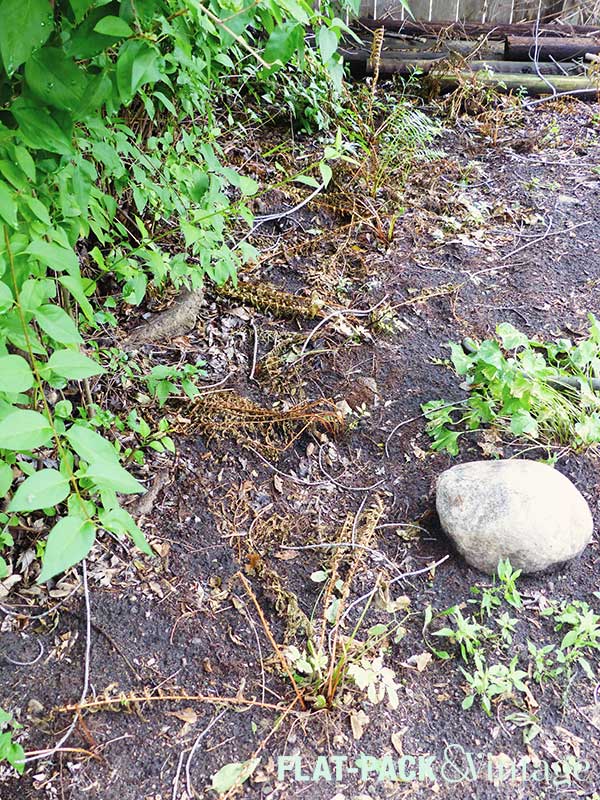 All but a few of the ferns are starting to make a comeback.  See the cute little fiddle-head?  All but one of the dead patches are now showing signs of life! 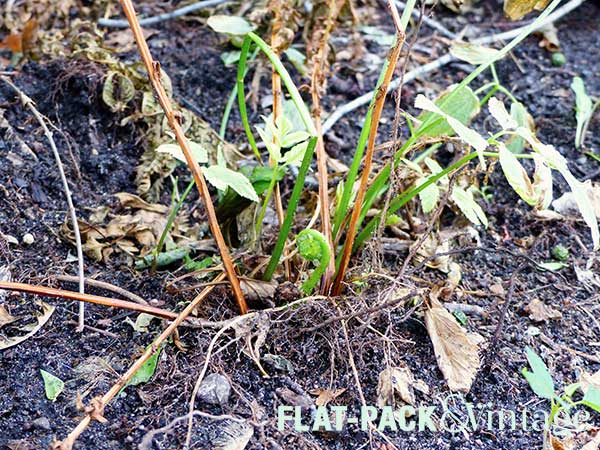 Our yard also got a little pummeled by a nasty storm the other week.  We only lost a few, already dead, branches from our trees which is better than a good chunk of our neighborhood, but our plants also got a little flattened. 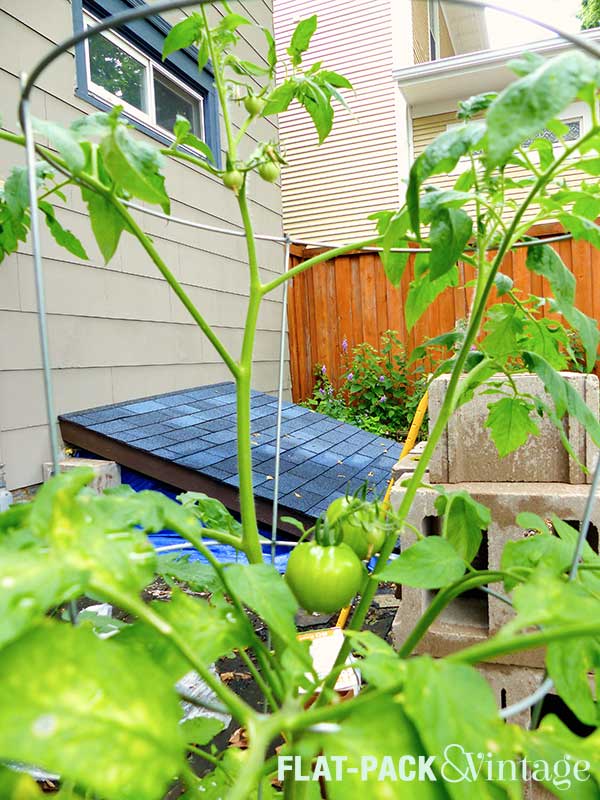 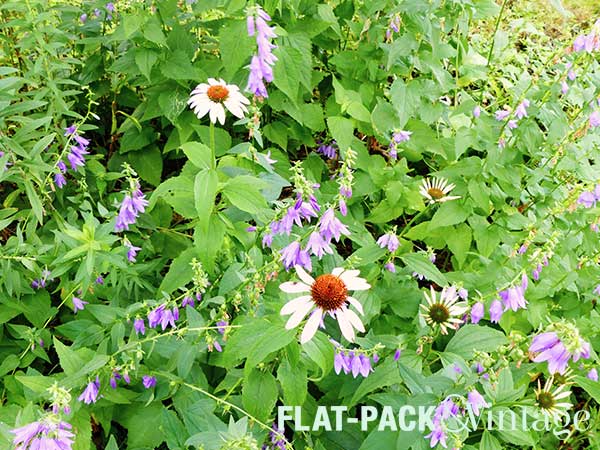 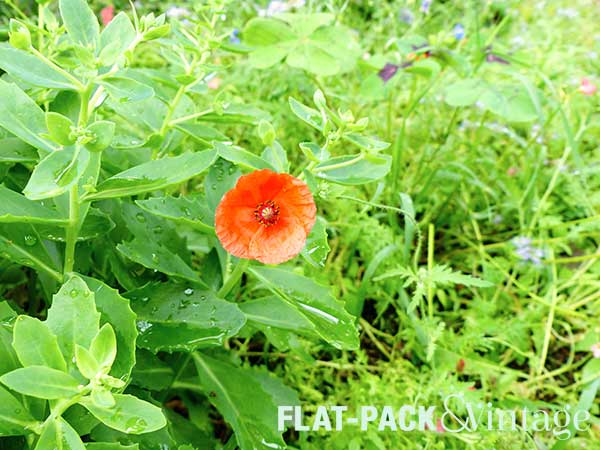 And more and more things are coming into bloom! 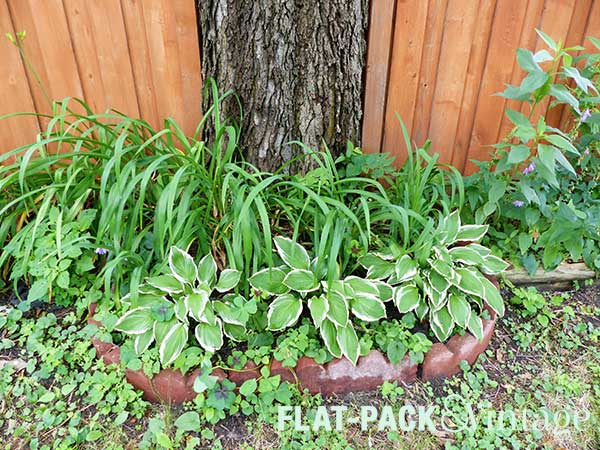 Now that I’m seeing what’s-what, I’m starting to formulate a plan.  I want to try and keep as many of the existing plants as I can (plants ain’t cheap!) but move them around so they look a slightly more landscaped than hodge-podge.  I’ll admit though, my absolute favorite garden feel is the slightly-overgrown look, our current setup just needs a little organization first.

*I’m actually all for a fast-growing ground cover that may take over my entire yard, so I deliberately kept it.

As Matt worked on the shed, I worked on digging up the stones on half of our patio.  I like the stones, but the patio as-is just isn’t working so I’m going to reporpose the stones for paths and edging elsewhere.

I’m currently about 1/3 of the way through the patio.  Looks gorgeous, huh?  We’ve got a fine crop of weeds this year. (you can also see my make-shift herb/veggie garden in the pots–tomato, basil, and mint.  It will be a good summer for caprese and mojitos…. if I can keep basil alive more than a week…) 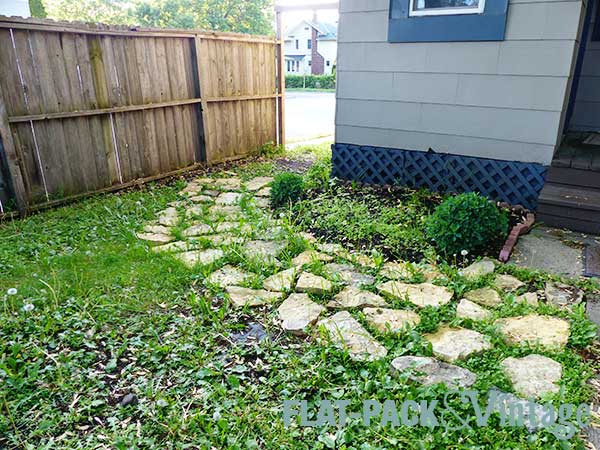 This isn’t going to be the final layout (there will be a fair amount of tetris-ing, I’m sure) but I wanted to get an idea of how many of the stones I would need before I start digging them into place.  I’m also planning on having some sort of ground-cover between the stones so those un-mowable patches of weeds won’t be staying.

I also have a PSA for newbie-gardeners:  know thy evil plants.

I grabbed a pretty innocuous looking weed to rip it up and immediately knew something was amiss by the stabbing pain.  Ok thorns, no biggie, right? WRONG!  The stabbing/burning continued after I let go.  Ohshit.  I ran my hand under cold water and washed it with soap to try and wash away whatever toxin was causing the burning, but no luck. I even tried hot water which is a treatment for marine stingers… doesn’t work with mid-western flora apparently. On a whim I googled “Stinging nettles” and sure enough, it looked exactly like what I had grabbed bare-handed.  Joy.  The next morning–12 hours later–my hand was still burning.  I tried hydro-cortisone and antihistamines but it still didn’t really start to subside until around 18 hours later.  For the next couple of days it still felt like I had a mostly-healed burn on my palm. 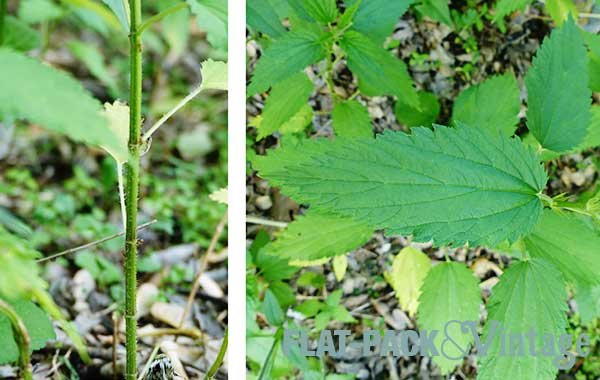 It doesn’t look all that terrifying does it?  The barbs on the stems really just look like fuzz… until you grab them.  I was feeling kind of like a dumbass for not knowing what stinging nettles look like (#citygirl) but apparently none of my co-workers did either.  One found out about them the same way I did, but another just knew she had these killer plants in her yard (seriously, one just brushed against her arm once and started the whole burning awfulness).  My sister suggested this link for weed identification… but she also suggested having Matt do all the weed pulling and I kind of like that idea.

It doesn’t help matters that we have another plant that looks pretty similar to the nettles. 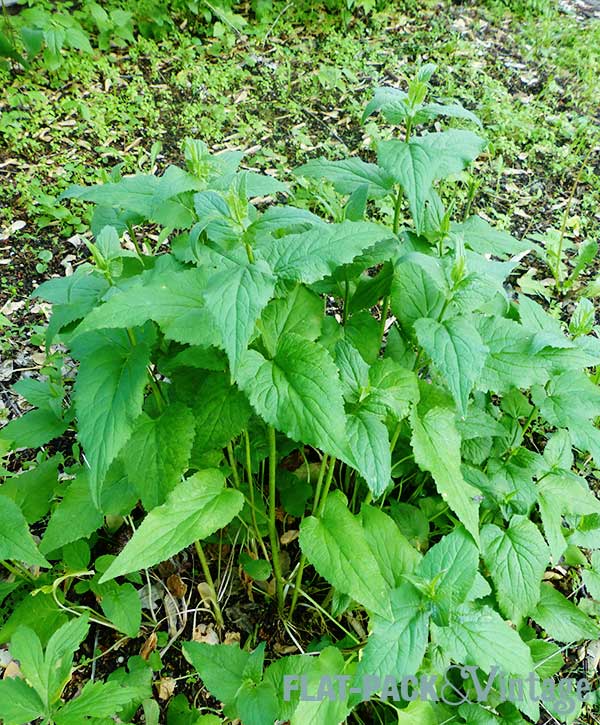 This one?  Not a nettle.  The leaves are still jagged, but a little broader and they get bluebell-like flowers on them later in the summer.  Anyone know what they really are?  The leaves seem to wrong for bluebells…

Fuzzy stem, still not a nettle.  These guys get brown-eyed susan like flowers on them, but they’re way taller (about 4+ feet at their peak) and spindly-er than the brown-eyed susans I’m used to. 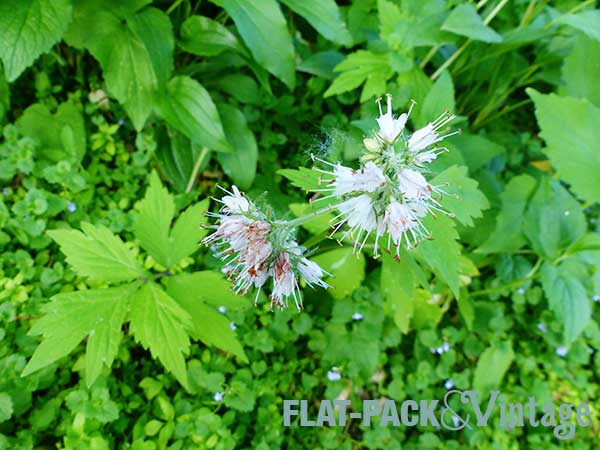 These guys just flowered.  The flowers are more purple than they look here and I think they’re adorable… I just have no clue what they are. 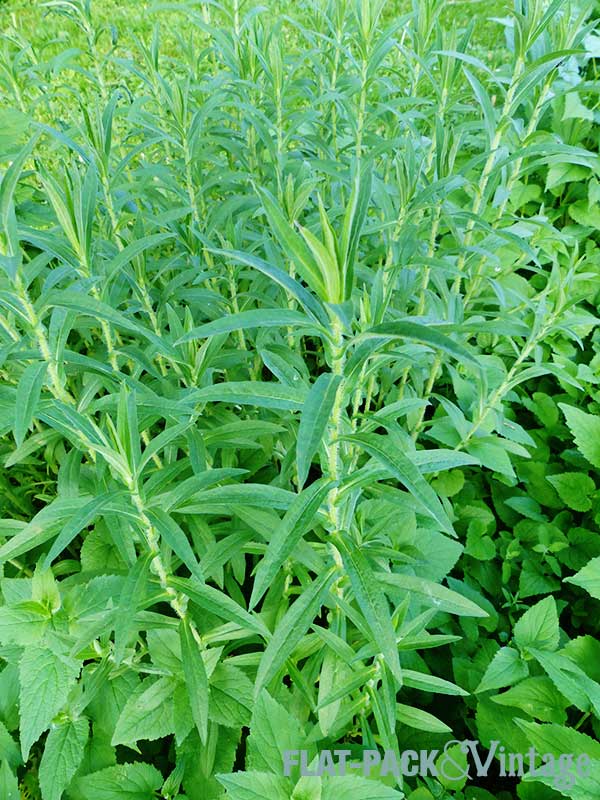 And my final mystery plant… I don’t remember these flowering last summer (but we didn’t move in until July).  It’s currently about 2 feet tall and too well-placed for me to just write off as a weed.

For those of you playing along at home, any ideas on my mystery plants?  The first 2 have just about taken over our back yard so they clearly spread like mad. 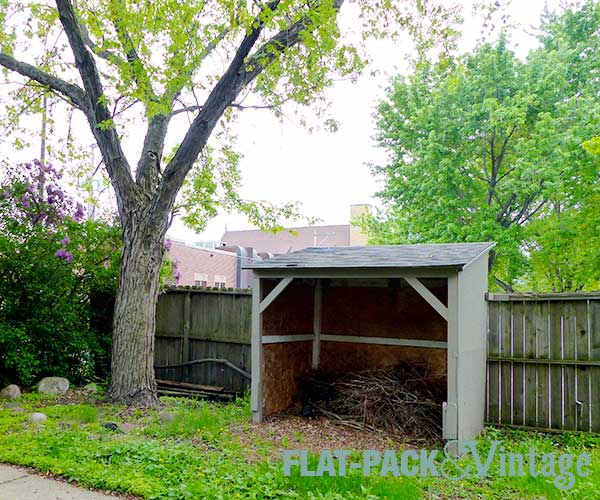 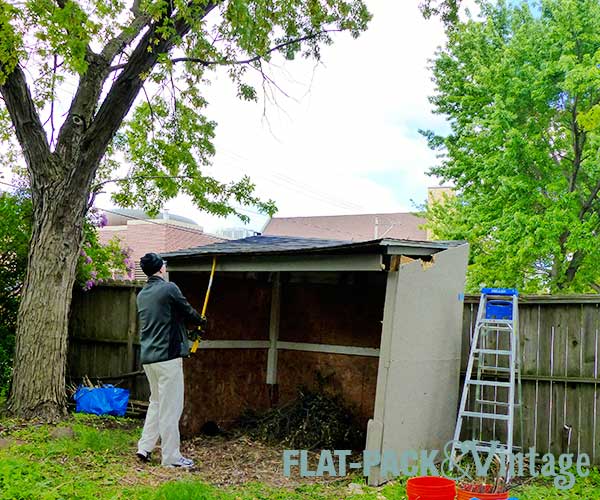 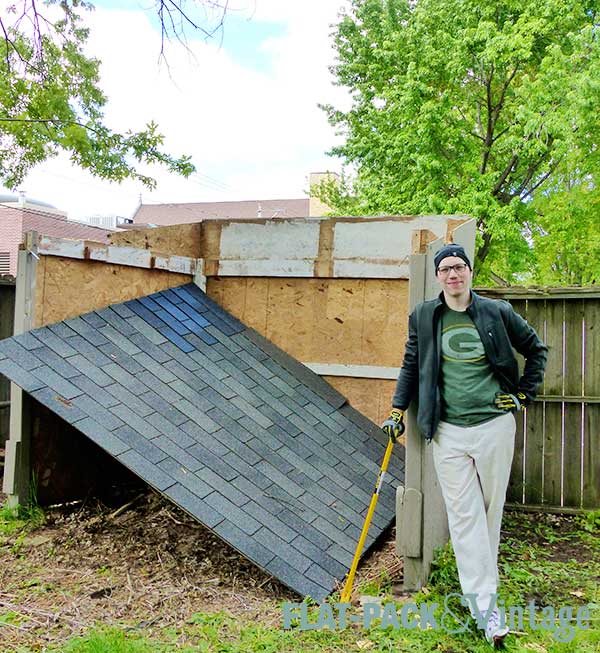 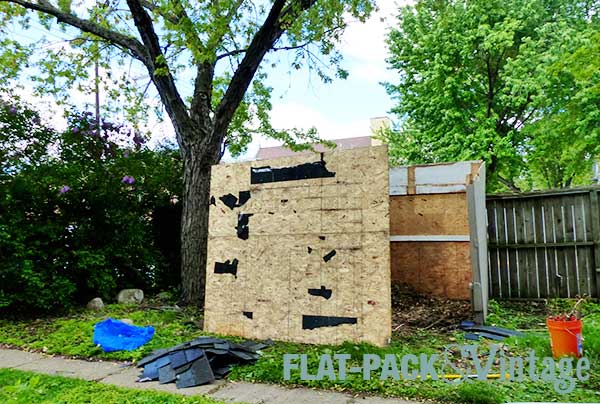 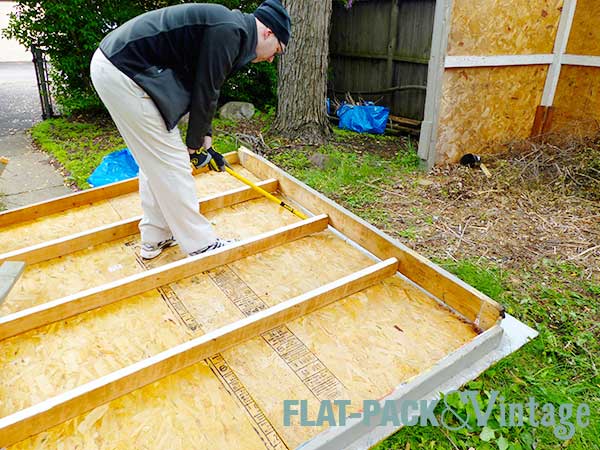 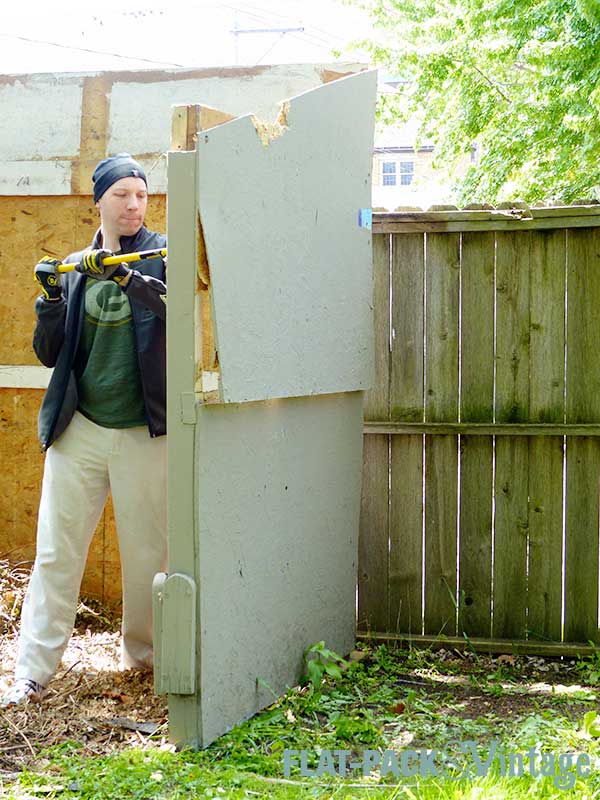 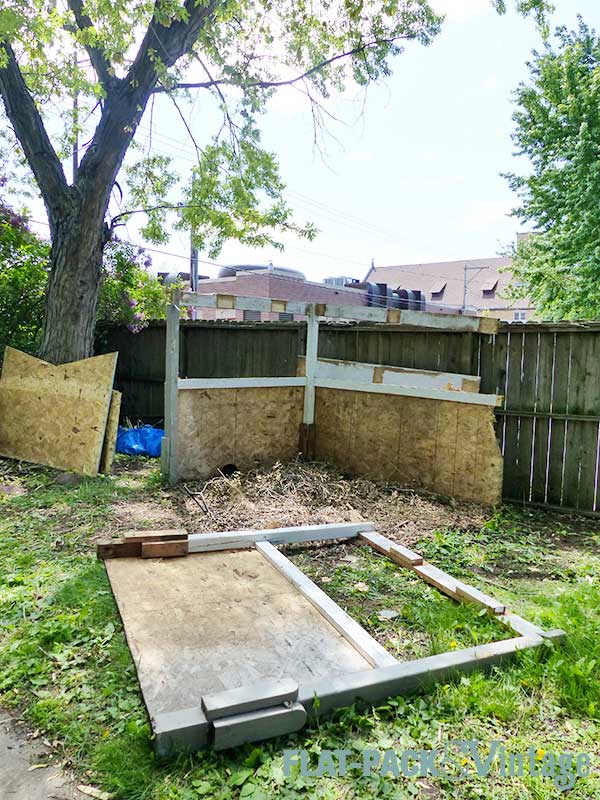 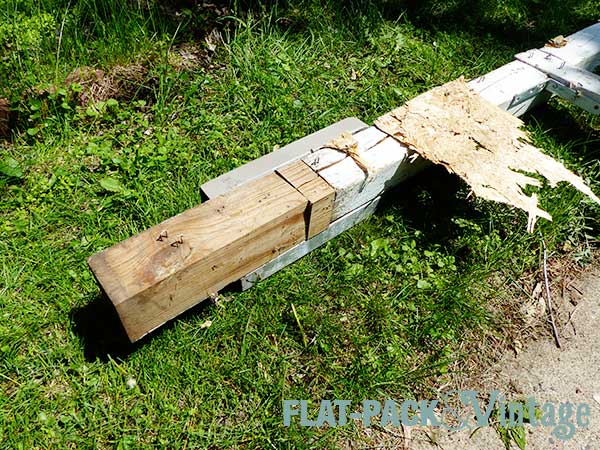 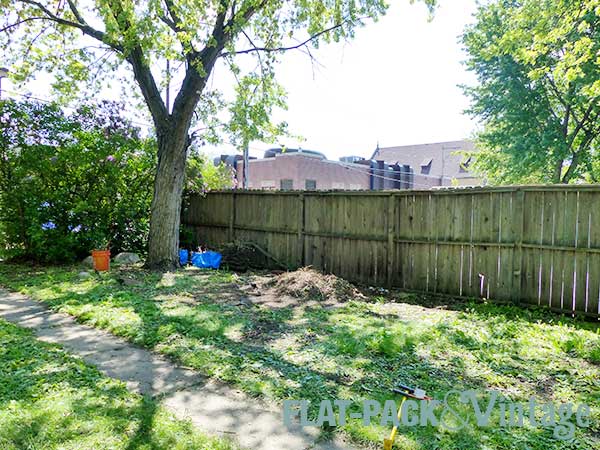