A couple weeks ago we started tackling some of the upstairs light fixtures.  The vanity fixture I ordered for the bathroom finally arrived and the bedroom ceiling fan was making some unpleasant grinding noises (and wobbled when you pulled on the cords) so we decided those 2 were up next.

We started in the bedroom and dismantled our sad old fan. 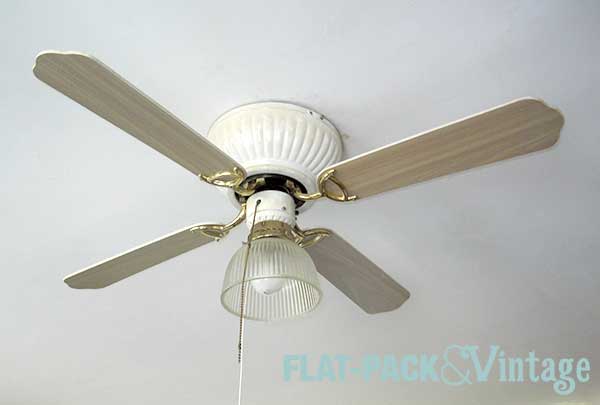 No one will miss it.

I got a little excited at first because there was modern wiring!  Modern wiring! There would be an electrical box! This would be as easy as it should be! Right? 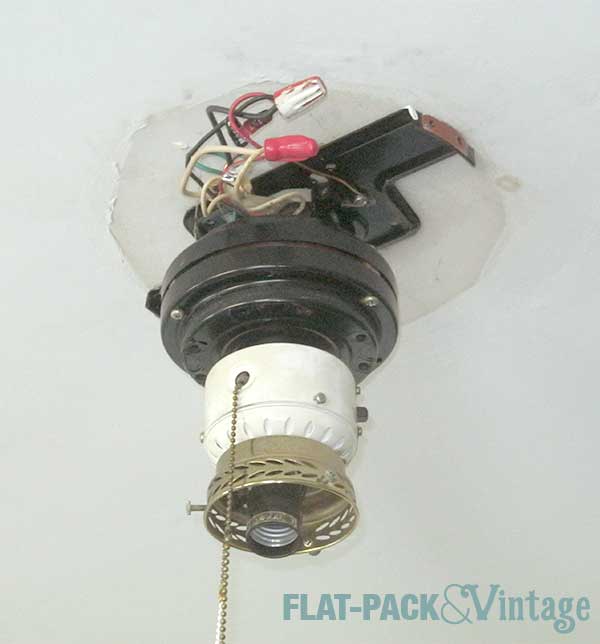 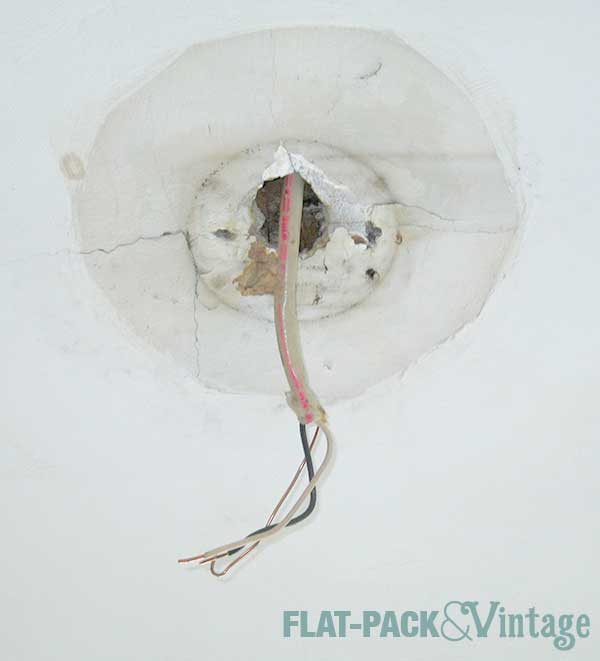 There was modern wiring, but no electrical box and the new fan was significantly heavier than the wussy little old fan. Shit.  We’d have to do this right.

The good news was that since we were on the second floor we had ceiling access through our unfinished attic.  The bad news was that the way the joists and other supports were configured left no space to mount an electric box over the existing hole.  So we had to cut a new hole in our ceiling.  Joy. 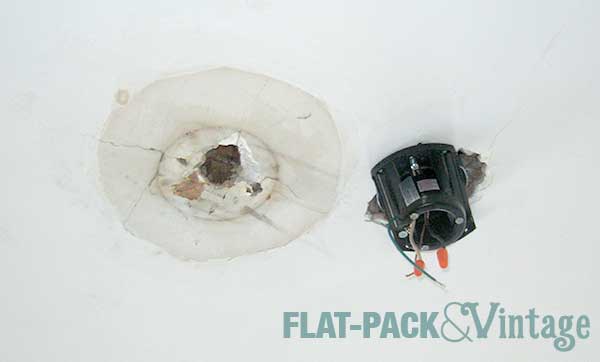 Cutting a hole in old lath and plaster (with a crappy saw no less) is mildly terrifying.  At least it was for me as I stood underneath and started yelling at Matt to stop what he was doing because some hairline cracks started to form.  The take-away here? Just buy a good saw already.

We did successfully cut a hole in the ceiling AND securely mount an electrical box.  After that installing the fan was pretty easy. 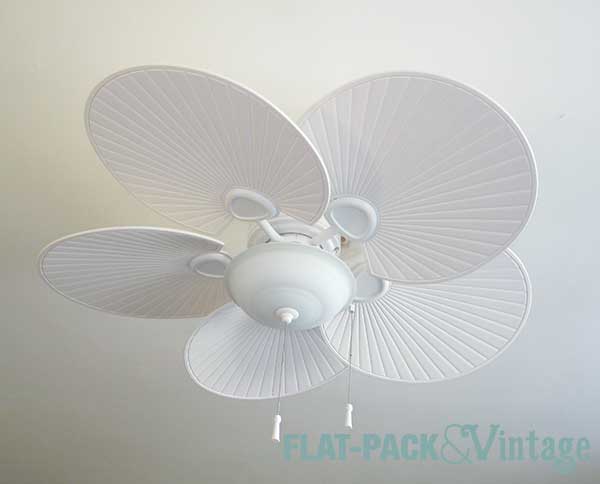 Much better! I agonized over a ceiling fan for he bedroom for a while (like I agonize over nearly all lighting choices).  The ceiling fan was a must since we don’t have A/C and I don’t sleep well if I’m too warm.  I eventually settled on the Hampton Bay Havana ceiling fan from Home Depot.  I usually think the fake palm blades are a little kitschy, but something about this one just seemed nicely textural without totally screaming tacky Palm Beach hotel. 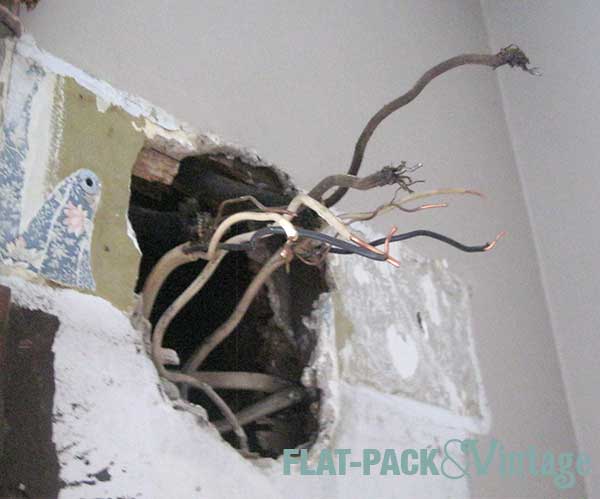 And an absolute cluster fuck of wires.  You can’t really see what’s going on here, but there are 3 hot wires, 4 neutral wires, and 2 grounds for a single light fixture. There was some crazy splicing happening to get everything hooked up to power and to the light switch above the sink.

We also had to enlarge the hole in the wall so we could center the new fixture the best we could and, you guessed it, install an electrical box. It was a giant headache and we were left with a big honking hole in the wall that needed patching (more on that later) but once again we had a HUGE improvement over the the existing light (even if it’s a little crooked at the moment). 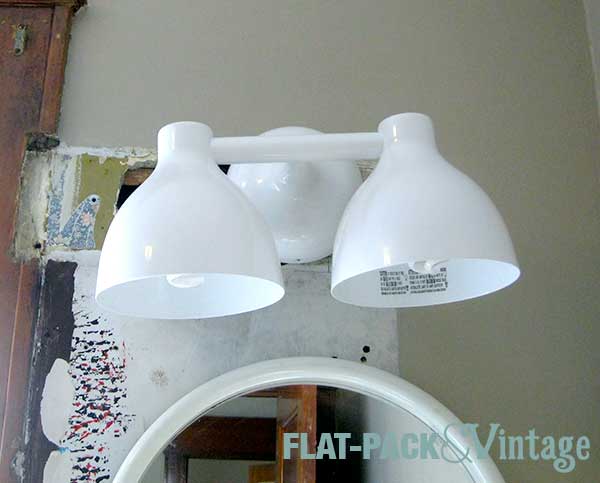 We went with the Contour Double Sconce from West Elm and I may order another on the these for the downstairs bathroom cuz I kind of adore it.